Big Ramy Address Concerns Over His Special Invitation To The 2020 Mr. Olympia, As Well As His Health And Training For The Event 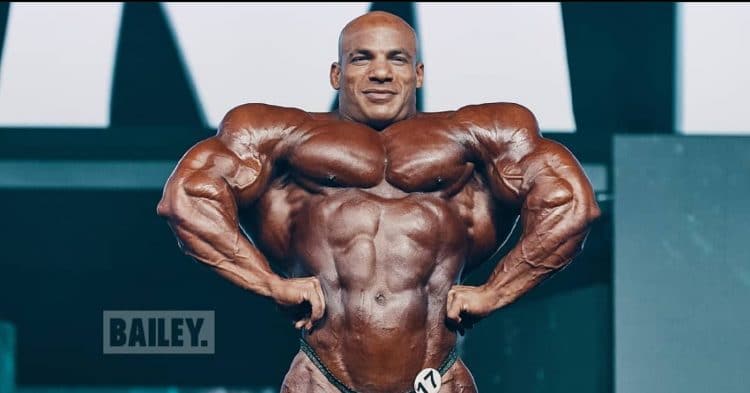 It has been a long road for Big Ramy over the last several months, which has ultimately led to a special invitation for the 2020 Mr. Olympia. Now he explains why he deserves this invite, how his health is after testing positive for COVID-19, and what he plans to bring to the stage this December.

2020 has not gone according to plan for virtually anybody, and Big Ramy was no exception to that. He ended up being stuck in Dubai during the pandemic, unable to have to opportunity to compete. Then when it seemed like he was going to get the chance at the Europa Spain show, he tested positive for COVID-19, forcing him out and ending his chances at qualifying for the 2020 Olympia. In the end however, he would be granted a special invitation to the contest, much to the frustration of some of his contemporaries.

Ramy has not been deaf to the questions and criticisms from those in the bodybuilding community. So with the respect and humble demeanor he is known for he addressed some of the questions in a recent video posted to YouTube. Here he responds to the criticisms of his special invite, talks about his health and training, and more.

It was quite shocking when Big Ramy revealed that he had tested positive for COVID-19. This is obviously a situation that he had to take very seriously, but he is largely doing fine. He explained that 10 days after his initial positive test, he started testing negative and was able to get back to his normal activities.

“After I got my positive test before the show I got upset,” Ramy explained. “But you know, it happened and I had to accept that for myself. Also I needed to think about the future. I had to keep training but I couldn’t go outside. I had to make sure my diet was good also, but I didn’t train. I didn’t have any plans for anything, but I talked to my coach Chad and he said you have to stay ready for the chance to go anywhere to any show.

“At that time I did my cardio in my home, and I stayed on my diet for a chance to go to any show. I didn’t have any plans at this time but we were thinking about Romania or waiting until next year. I didn’t like all that had happened to me because already that happened in March when I was going to Australia. But after ten days I got my second test and it came back negative, so it was back to training normally.”

A lot of bodybuilders were displeased at the idea that Big Ramy got a special invitation to the 2020 Mr. Olympia. Some said it was not fair, considering he did not win a show to get a qualification, nor did he earn enough points. Yet in his mind, he says that given everything he had been through this year, most of these issues were out of his control, so the invitation was warranted.

“Many people don’t know all that happened to me this year,” he said. “That’s why they think I don’t deserve to be in the Olympia, but I’m sure if they know what’s happened to me to get to the Olympia they would accept that. I understand the people, the fans need to see the best bodybuilders in the world. Yeah, maybe they don’t know what happened to me in Australia or how I was stuck in Dubai far away from my family for five months. I didn’t see any people. I didn’t train and when I got back to Egypt I only had six weeks to train for the Europa show. It was my plan to be ready for the show, but it’s a big story.

“For some people they get upset over that, but I know myself and I’ve been fighting all my life for the chance to be number one.”

With around seven weeks to go until the 2020 Mr. Olympia, there is not a lot of time for Big Ramy to prep for the show. Regardless he is still determined and working hard, training with people in Egypt. He also plans to come train with his brother in the U.S. before the show.

“Right now I’m about seven and a half weeks out from the Olympia,” he said. “I have the plan to be in the U.S. six weeks before the show to train with my brother. He was my trainer before and I trust him like a brother. He needs to help me because he trusts and believes that I can be Mr. Olympia. He invited me into his home and I’m excited to train with him, to fight and pose, and bring everything to the show. I’m ready to go into the U.S. again in a week.

“Right now I’m in Alexandria City, Egypt and I train with my friends. It’s nice to be in your country, training around the people who support you always, but I know my fans are around the world and they support me anywhere.”

There are a lot of exciting bodybuilders competing at the 2020 Mr. Olympia, besides Big Ramy. Not only will 2019 Mr. Olympia Brandon Curry be returning to the contest, but seven-time champ Phil Heath is also making a comeback. Regardless of this stacked lineup, Ramy’s confidence is at an all time high.

“Everyone knows me, I never come to the show to lose,” Ramy continued. “I need to come to win and I believe in myself. Although I think I can be number one, maybe some people don’t agree with that. Sometimes people love one and not the other. Like with cars, one person may like a Bentley while the other likes a Ford. Me and my coaches were thinking about how we need to bring the whole package in one car this year. I need to be number one, and we need to bring everything to make the fans happy around the world.”

What do you think of Big Ramy getting a special invite to the 2020 Mr. Olympia? How do you think he will fare against the other competitiors on the stage?