After defending his title at the 2021 Mr. Olympia, Big Ramy vows to continue reigning as champion 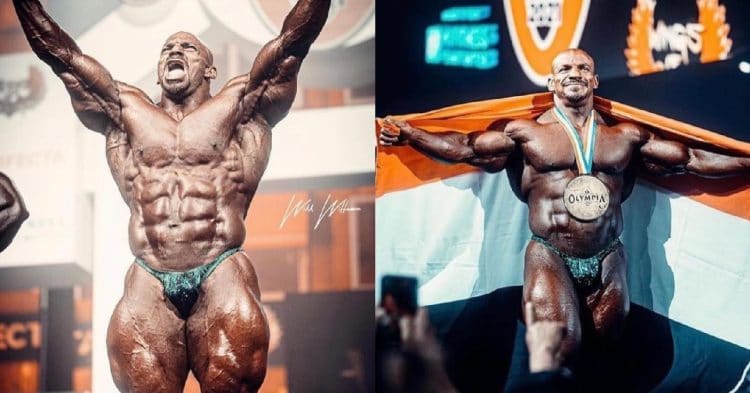 Heading into the 2021 Mr. Olympia, reigning champ Big Ramy promised that winter was coming for a second time, and he delivered. Now that the Ice Age has seemingly begun, the champ vows to keep the title for years to come.

Ramy looked to be unstoppable ahead of the 2021 Olympia, coming in as the reigning champ and weighing in at over 300lb. That said, he still had a tough road ahead of him, with former champ Brandon Curry returning with a vengeance after losing to the Egyptian in 2020, Hadi Choopan looking much improved, and a whole roster of young competitors who looked to make a statement.

In the end, the champ retained his title, living up to his promise that winter was coming yet again. Following this exciting competition, he took to his Instagram to declare that this is just the beginning of what he plans to be a long reign as Mr. Olympia, with the Sandow staying firmly planted at his side.

“Sandow is home and it will remain here for a very long time , Thank you to all of my fans around the world , i made it because of your love and support,” Ramy wrote.

In the end, the Egyptian champion was able to reign victorious on his foes, but it was far from a sure thing. There were certainly some differences in the package that he brought this year, compared to what he had to initially win the Olympia, which left room for people who improved upon their packages, namely Brandon Curry and Hadi Choopan, to make the competition much tighter than it was last year.

Nevertheless, what he brought was still enough for Big Ramy to win the title, putting together the first Olympia defense since Phil Heath lost the title in 2018. If he is to be believed, this is only the start of a reign that he plans on extending for a long time.

To be clear, if he continues to look the way that he does, it really is tough to imagine that anyone can beat him. The only exceptions to this, may be in the form of the young guns like Hunter Labrada and Nick Walker, who also landed in the top five, and have all the makings of future Olympia champions.

For now however, it is Big Ramy who has brought the winter, and froze out the rest of the competition. Without a doubt, he will surely continue to be a nightmare for the rest of the division.