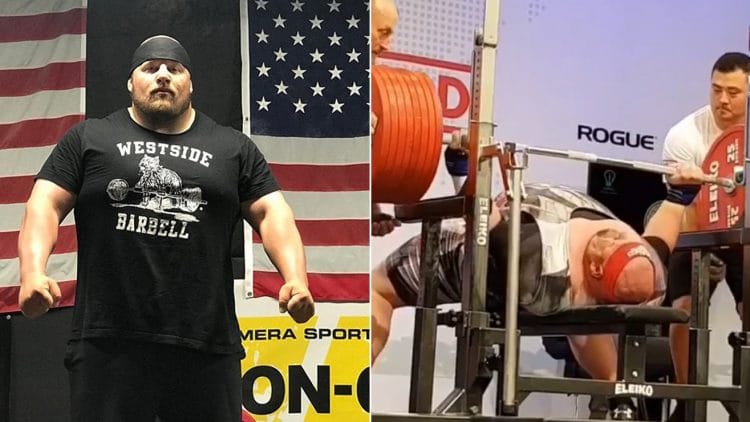 Blaine Sumner is at it again… the leader of the most open world records in powerlifting history has recently bench pressed 415kg/915 pounds at the 2018 IPF World Open Equipped Powerlifting Championships in Sweden.

This is a new record for both Sumner and the +120kg bodyweight bench press division. What’s even more amazing is his next bench press attempt of 425kg/937 pounds was initially passed but then it was overturned by the judges shortly after.

It was an incredible feat performed by Blaine Sumner considering a few months earlier he almost ended his career due to a squat injury when he sliced his arm open by missing the rack with 1,025 pounds on the bar… He shared his story on his official Instagram page.

He was, fortunately (And by the grace of the powers above) able to come back and impress the crowd, and with the way it looked, he probably surprised himself in the process.

Sumner’s world record performance was good enough to give him second place behind rival Andrey Konovalov of Russia but he didn’t seem too concerned about the defeat as he was just happy to be competing.

He was a gracious runner-up as he congratulated and paid respect to the champion for his well-deserved win. Blaine Sumner was really lucky (Yes lucky is the right word for his narrow escape from a potentially career-ending mistake) he came out of his injury in one piece!

Congrats to Blaine Sumner for setting a new record for himself and the +120kg division in the bench press competition at the 2018 IPF World Open Equipped Powerlifting Championships!

Powerlifting is one of the most exciting sports in the world, full of a variety of interesting athletes. Today we...