Hassan Mostafa looks like a serious threat ahead of the 2021 New York Pro, after employing the help of some bodybuilding legends 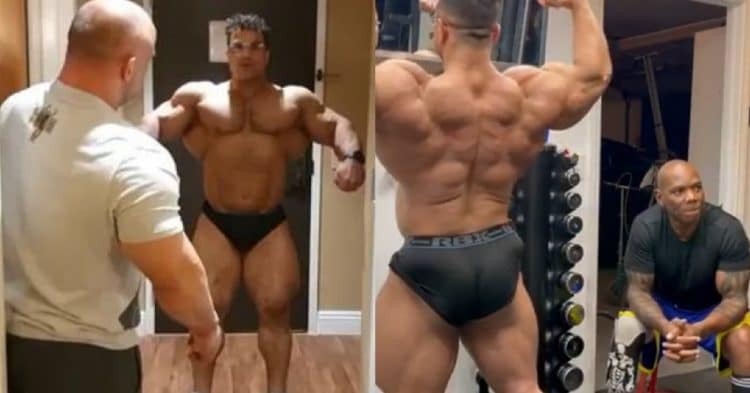 Heading into the 2021 New York Pro, Hassan Mostafa has been seemingly flying under the radar compared to some other athletes. However this might change after his recent update, that has him looking nearly unstoppable.

A lot of the talk heading into the New York Pro has either been about the beef between Nick Walker and Blessing Awodibu, or how Justin Rodriguez will look in his first appearance since the Olympia. As such, Mostafa has gone practically unnoticed during his prep for the show.

That is not because of a lack of talent from the Egyptian, who came fourth in the contest last year. He is an extremely promising young prospect, who has shown a ton of potential in his still early career.

However Hassan Mostafa is looking to get back to action after suffering some health problems that kept him sidelined for much of 2020, and the 2021 New York Pro is where he will make his return. It is safe to say that he is motivated and looking sharp ahead of this comeback.

A recent update that Hassan posted to Instagram sees him looking absolutely massive during a physique update. On top of that, he has been working with legendary bodybuilding Flex Wheeler, as well as longtime veteran and 212 Olympia runner-up Jose Raymond, to prep for this show.

“This prep my main focus is to improve on all the criticisms I received last season, and one of them was posing. So I did a few sessions with two legends in our sport to help me improve!” Mostafa wrote.

“@theebostonmassis one of the best in the 212 division and I was honored to work with him. @officialflexwheeler is an icon in the history of bodybuilding and I’m grateful to be taught proper posing by the best in the industry!!! This season I’m leaving nothing to chance, it’s work work wok!!!!”

While there is still work to be done, Mostafa looks undeniably impressive in these videos. With just under four weeks still to go before the contest, he will easily have some time to iron out the rest of that physique.

In particular, his back is looking incredibly defined, and the separation in his pecs is impossible to miss. Hassan says that his main focus is to improve on his posing, and it is evident that the work he has been doing with Wheeler and Raymond are doing wonders to help with that.

With so many other incredible athletes competing at the New York Pro, it is impossible to know where Hassan Mostafa will land in the rankings. However you would be absolutely foolish to count him out, as he could easily be a dark horse to win the whole show.