More than five years removed from his last competition, Branch Warren shows that he is still in tremendous shape 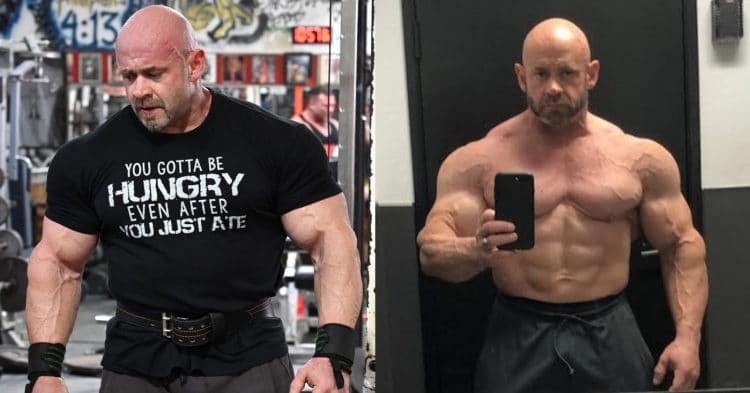 Fans do not often get to see much from Branch Warren nowadays, in the way of physique updates. However he recently shared a photo which proves that he still has it, even well into retirement.

Over the course of his more than two decade long career, Warren established himself as one of the best bodybuilders in the world. Not only did he win the Arnold Classic, but he also finished in the top three of the Olympia on two separate occasions.

While he decided to walk away from the competitive floor in 2015, Branch is still quite active inside the sport. He is somewhat regularly seen doing interviews about his time in the sport, and is often seen hitting some heavy weights in the gym, staying in great shape.

Fans actually got to see just how great of shape Branch Warren is in recently. This came from the rare physique update, posted to the Instagram Stories of the 46 year old bodybuilding veteran.

Here, you can see the product of the constant work that Branch does in the gym. He showed off his massive physique, accompanied by the caption that he still has it, and to be frank, it is hard to argue with that.

Unfortunately it is not often that we get to see how Branch Warren is looking nowadays in full detail. While he is clearly staying active in the gym, he is a bit private when it comes to his actual physique.

Yet judging by this update, it is not because he is slacking off. Looking at this photo, you can tell by his defined six pack, wide frame, and bulging veins that he is still constantly working hard

Truth be told, Warren is not looking that far off from the physique he Brough to the stage in his prime. In fact, he shared some throwback photos a few days earlier, and looking at them side-by-side, the similarities are not hard to see.

To be honest, it does not seem like Branch is planning on making a comeback anytime soon. That said, at 46 years old, it is not out of the realm of possibilities that he could aim for one last run on stage.

Conversely, it seems far more likely that this was just a surprisingly solid physique update, just so Branch Warren can prove that he is still working hard. Either way, it was nice to see him giving an update on his condition.