Popular bodybuilder Nick Walker is getting a crazy pump in his chest and biceps during his offseason. 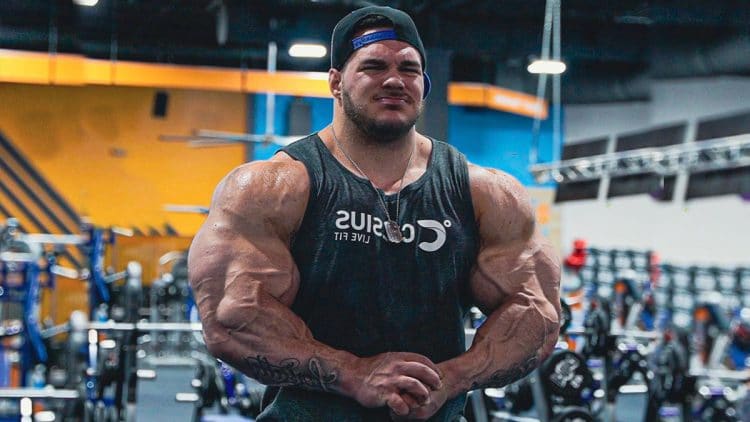 Nick Walker is constantly seeking gains while training and likes to utilize machines instead of weights to focus on tracking his results. Looking to improve upon his ranking at last year’s Mr. Olympia show, Walker shared a chest and bicep workout on his YouTube channel.

Walker had an amazing 2021 season. It began with him nailing first prize at the New York Pro. Following his impressive showing, the young bodybuilder predicted that he would win the Arnold Classic on his very first go, and “The Mutant” lived up to his words.

With just a few weeks until the Arnold Classic, many have wondered why Walker is not defending his 2021 Arnold title. The bodybuilder revealed in Jan. that he was taking the extra time to improve his physique for the biggest show of the year this Dec. Last year, Nick capped off a historic rookie season by placing fifth at his very first Mr. Olympia show. Eager to improve his placement, the young bodybuilder has been busy making gains in the gym.

Leaving no stone unturned, Walker is back at the gym with a chest and biceps workout. The bodybuilding superstar shared the routine on his YouTube channel.

“We are here for another chest and bicep workout today. We are going to start out with the hoist chest fly machine. I’m not the biggest fan of the hoist machines but I really like this one. I can track the chest really hard and it actually allows me to get a really deep stretch. So yeah, we’re going to start with this.

I like to start with a five movement in particular, it kind of takes away from me going as heavy as I can on pressing movements but I’m able to contract my chest a lot harder when doing those pressing movements and I think that has made a world of difference in my chest over the years.” Nick Walker shared.

Walker opened the workout with machine chest flyes. The 2021 Arnold Classic champ prefers this exercise because he’s lifting less weight but achieving a deeper stretch in his chest. The 27-year-old is confident that it’s been a difference-maker in his young career thus far.

Following chest flyes, Walker began machine incline chest presses. After lifting 180lbs with each arm, the bodybuilder was asked by his cameraman if he was done. In response, “The Mutant” showed why he has such an imposing nickname and fired off a drop set of 10-12 reps before removing a 45lb plate from each handle.

Walker has mentioned that lifting free weights offers more risk and reward. However, the bodybuilder prefers machines and finds them more comfortable overall. Injuries in bodybuilding are a common occurrence and Nick is wise beyond his years for implementing safety precautions while lifting heavyweights. Training from a stretched position, Walker began supersetting bent-over cable flyes and push-ups. With emphasis on working his triceps, Nick kept a tighter range of motion and kept his elbows close to his torso during the routine.

Moving on from the chest, Nick Walker began training biceps with preacher curls. Finishing his drop set, he moved to the dumbbell rack for single-arm bicep curls with pause holds at the top of each rep. Walker does not implement any sophisticated movements, but the exercise is taxing enough that it gets “The Mutant” to break a heavy sweat. The bodybuilder finishes his workout with hammer curls on the curl machine to target his brachialis.

2022 Mr. Olympia is set to take place from Dec. 16-18 in Las Vegas, NV. With Walker’s offseason efforts solely focused on the biggest show of the year, time will tell if the young bodybuilder can improve on his 2021 fifth place Olympia performance.

Bulking Up – Chest and Triceps Workout