Bodybuilder Samson Dauda gives his picks for the 2022 Arnold Classic 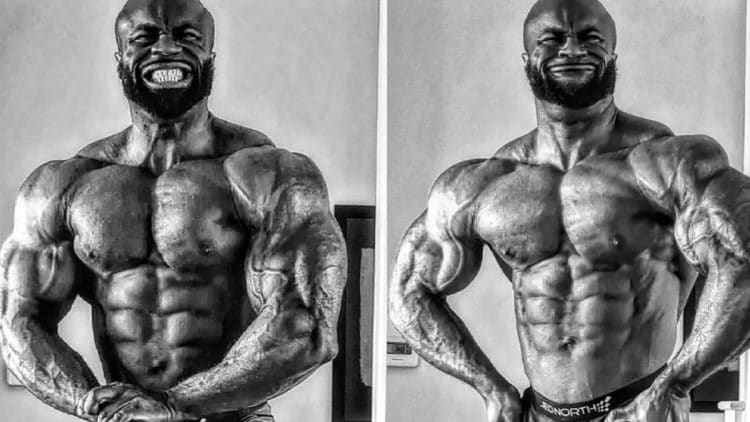 Men’s Open bodybuilder Samson Dauda recently shared his thoughts on his competition heading into the 2022 Arnold Classic. Dauda is one of the ten competitors that will attempt to win the first major pro show of 2022 and get the momentum on his side. During his recent visit to The Menace Podcast hosted by Dennis James, Samson Dauda spoke about the poses he can potentially dominate and gave his picks for the 2022 Arnold Classic.

Samson Dauda considers his lower body the strongest aspect of his Physique. While he is confident to edge past Brandon Curry and William Bonac in terms of the lower body, Dauda drew attention to the fact that he has never directly competed with either of those guys on stage. He admitted that it will be a whole different ball game when that actually happens.

Dauda further stated that he has played the scenario in his mind many times before and predicted where he can potentially beat Brandon Curry and William Bonac out of the eight mandatory poses.

Samson Dauda gives his picks for the 2022 Arnold Classic

2022 Arnold Classic will see a mix of season veterans and upcoming talent staking their claim for gold. When asked about his prediction for the open pro division, Samson Dauda said:

“Brandon (Curry) obviously, top place. You can’t even deny that… William (Bonac) definitely, Either close second or a battle for second place. I want to be there at the third place. Then you have, I would say, Regan (Grimes) somewhere in that top five… Steve (Kuclo) right in there.”

Other notable names like Cedric McMillan and Justin Rodriguez will also attempt to prove their mettle at the 2022 Arnold Classic. It is safe to assume that the battle for the top five spot will be a fierce one.

“There’s a lot of names in this lineup honestly. When you look at it, you’re literally going, ‘Okay. It’s all gonna come down to who comes in shape and who doesn’t because anybody is dangerous in this lineup,” Samson Dauda further stated.

The 2022 Arnold Classic is part of the Arnold Sports Festival that will take place in Columbus, Ohio from March 3rd to March 6th. With Akim Williams’ recent withdrawal from competition due to undisclosed reasons, the roster of competitors has now been reduced to 10 from the original 14. It will be interesting to see how that impacts the final standings and the outcome of the second most prestigious professional bodybuilding competition.

Courtesy of Muscle and Fitness YouTube channel, you can watch the full podcast episode with Samson Dauda here: