Brandon Curry Shows Shredded Back Ten Weeks From The Olympia

Brandon Curry Gives Physique Update To Show Off His Enormous Back While Ten Weeks Out From The 2020 Mr. Olympia 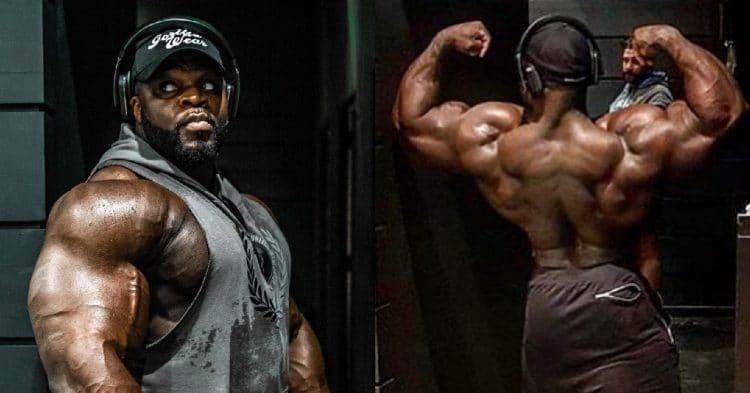 The 2020 Mr. Olympia is approaching quickly, with the show taking place in about two and a half months. As Brandon Curry looks to retain his throne, he is working hard and the proof of that was seen in a recent physique update.

There is a lot of excitement to see how Curry looks at this year’s Olympia, and rightfully so. While he was able to win last year’s event, it did not come without a fair bit of controversy, as neither Phil Heath nor his successor Shawn Rhoden were able to compete. However this will be changing in December, at least to some extent, with Heath announcing his return to the stage. Therefore bodybuilding fans around the world are buzzing to see if Brandon has what it takes to retain the title when he is going against one of the best ever.

As the 2020 Mr. Olympia draws closer, Brandon Curry has shared a handful of updates on his physique, letting people know that he has been grinding away in the weight room. Recently he took to Instagram with another update that made fans pause when looking at it. This update saw him flexing his enormous back and showing how shredded it is so far.

“💪🏿💪🏿💪🏿 Stay focused on your goals, no matter what anyone says to try to stop you from continuing to move toward them! 😤😉

To be fair, the lighting and quality of this picture are not exactly the most ideal to discern the condition of his physique at this point in Brandon’s prep. Nevertheless it is clear that he has been putting in tons of work to sharpen his package up before the show. He has given some other updates along the way, but it is clear that his prep is amping up as the show draws closer. Just take a look at this training footage from a few days earlier to see how serious he is taking this prep.

With the return of Phil Heath, a lot of people have been looking past Brandon Curry heading into the show. However he seems intent on proving to the doubters that he was the rightful Mr. Olympia last year, and can find success again this year, even with Heath competing. With ten weeks left until the show, there is still a lot of time left for him to work on and improve his physique, and it will be exciting to see the two matched up against each other.