Brandon Curry Shares Some Updates As His Training For The 2020 Mr. Olympia Gets Underway 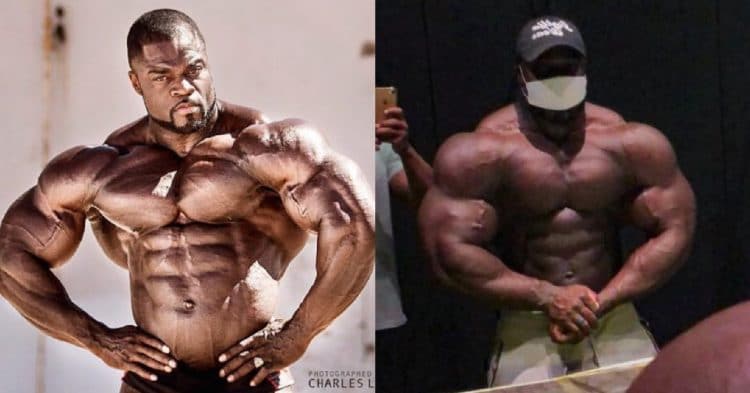 There is a lot at stake for Brandon Curry at the 2020 Mr. Olympia. As his prep for the contest gets underway, he decided to share a bit of an update with his fans on how he looks so far.

The current Olympia champ won the title in a fit of controversy. While nobody can take away from what he accomplished, there was a certain sense that he did so among competition that was a little less than ideal. Having big names missing from the roster, such as Phil Heath and Shawn Rhoden, some critics have said that he was only able to win because it was without those challengers. This year however, he has the opportunity to prove himself by taking on a returning Phil Heath, as well as a whole slew of exciting bodybuilders who will share the stage with him.

With the 2020 Olympia just over three months away, Brandon Curry has been starting to amp up his training in prep for the big show. While it is true that he stays in the gym on a regular basis, that is nothing compared to how he looks before stepping on stage. Yet as he begins his road to the Olympia, he took to his Instagram to share a couple of updates on how his physique is looking. The first sees the champ posing in front of a mirror, admittedly without the most lighting, but you can see that things are already in motion.

“I know I know…not enough light in the magic mirror 😆 and no legs showing in the picture…🤣 gotta save some suspense for the show guys! This was at 15 weeks out from the @mrolympiallc 💪🏿 #15 #MROLYMPIA
2020 VISION”

Now, as he says there is still a lot to discern about Curry’s physique right now. While his upper body is looking good, this is not the most clear view. Not to mention the fact that this gives no view of his legs. However it is clear that he has been working them, as he showed a couple of days earlier.

There is an argument to be made that this is the most important contest that Brandon Curry has ever taken part in. Not only does he look to retain his title, but in doing so he would silence many of the remaining critics who have been doubting him. It is clear that this something he is considering strongly, as he prepares for the 2020 Mr. Olympia.