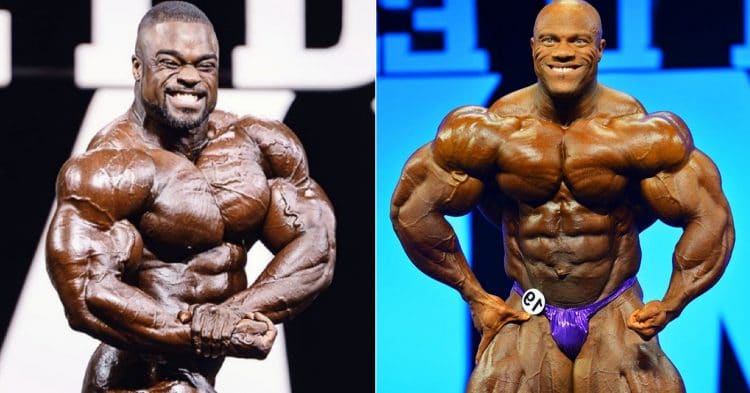 When Brandon Curry won the 2019 Mr. Olympia, he did so without facing Shawn Rhoden or Phil Heath. Heading into this year’s event, he knows which of those two men would pose the biggest threat if they both were to return.

There can be no taking away from what Curry accomplished at the 2019 Olympia, etching his name in history books with the biggest win of his career. However there have been people who were critical of the fact that he did so in a year that saw the legendary Phil Heath sitting out, and the 2018 Mr. Olympia Shawn Rhoden sidelined with legal issues. Therefore some questions remained as to if Curry could have replicated his success if facing these athletes who sat out.

That being said, Brandon Curry is aware that these criticisms are present, and that one day he will likely have to face off against Rhoden and Heath. When asked by Shawn Ray and Bob Chicherillo who he thought would be his biggest threat between those two, and a seemingly retiring Dexter Jackson, Brandon’s answer was clear.

“If (Rhoden and Heath) came back to the stage, of course Phil’s got the biggest pedigree. So he’s gotta be the biggest threat. He’s brought it to table so many times, and I am sure that he would love to match that record (for most Olympia wins). So if he does come back that would be the fire that drives him, so he would probably be the biggest threat.

“But, you know you can’t count out Shawn Rhoden. He needs vindication, he’s been through a lot, and he has a lot to prove. Both those guys would be definetly dangerous. Dexter’s retiring, so I don’t know how that’s hitting him, and how that’s affecting him. He could be like ‘Oh it’s my last hurrah,’ or he may be trying to pull all the tricks he can this year. So that’s a real question mark, but Phil has definitely got the biggest pedigree. In my mind he’s the most dangerous.”

Time will tell whether or not Phil Heath or Shawn Rhoden end up making it to the 2020 Mr. Olympia. Either way, Brandon Curry seems to be focused and prepared, no matter who he faces off against.