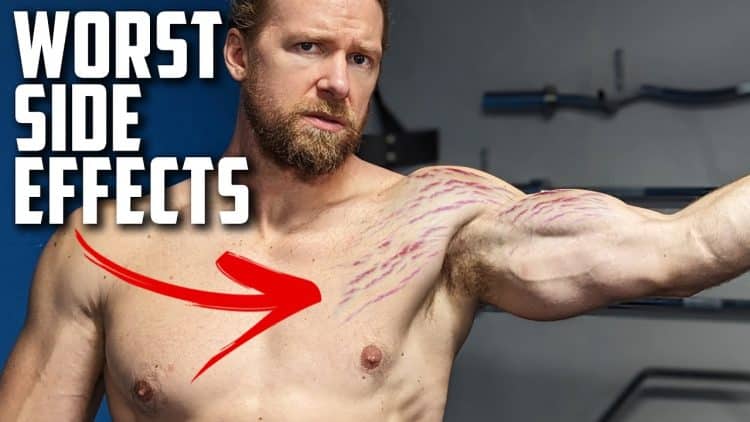 The Buff Dudes, real names, Brandon Myles White and Hudson White are widely recognized as one of the most entertaining fitness influencers. In a recent video posted on their YouTube channel, Hudson shared the worst side effects of getting into bodybuilding.

Buff Dudes made a name for themselves by trying out new and intense challenges. They routinely take on various kinds of diets and workouts to push their limits. Besides the entertaining aspect, their videos are also informative as they dismiss popular myths by testing them out. In July, they created the ‘World’s Most Dangerous Dumbbell’ called the ‘deathbells,’ a set of custom dumbbells made by a professional blacksmith that was covered in spikes.

Last month, they teamed up to perform old-school bodybuilding exercises that were created in the mid-1900s. Following a grueling routine of six exercises that targeted the whole body, both brothers were left exhausted by the strength training session. They reported positive findings from the unorthodox workout.

The bodybuilding duo took on the extreme Hotshot 500 workout, a laborious high-intensity training hike that was created by wildland firefighters from the Interagency Hotshot Crew (IHC). To make things even more difficult, they carried a 50-pound backpack throughout the workout even when completing the bodyweight exercises.

Buff Dudes share the worst side effects of bodybuilding

In a recent YouTube video, Hudson White of Buff Dudes shared some of the worst side effects of getting into bodybuilding.

Side effects of bodybuilding no one wants to talk about:

“It gave me a lot of insecurities and was frustrating. You want to go to the gym to look better but in my mind, I thought I looked worse. I took extreme measures, wore longer shirts to cover my biceps. I tried every single oil and lotion you can do and they never went away. They do fade away over time.”

“A lot of us go into this in order to raise our confidence. We want people to look at us and go, ‘wow, they are bigger, leaner. That must mean they are somehow better, right?’ That’s not necessarily the case. Some of the biggest, leanest dudes are also the most insecure because it didn’t really fix that problem. Sometimes, you can be hyper-critical of yourself. I would suggest not getting into working out simply so people look at you in a better light because chances are it would never bring you the fulfillment you thought it would.”

3. You will be labeled

4. Being accused of steroid abuse

“You just gotta take it in stride and almost take it as a compliment. If you’re a natural, there’s not a lot of sense in arguing with someone because chances are they’ve already made up their minds.”

In August, Buff Dudes challenged themselves to run for 30 days straight. While many bodybuilders neglect cardio as a training method, the brothers have never shied away from incorporating it. They did not even change their daily training routine and instead added running on top of their usual workouts.

At the end of the month, they reported that each of them lost a pound but did not lose any gains. They dismissed the myth that doing cardio would cut down muscle mass and suggested making it a part of your training.