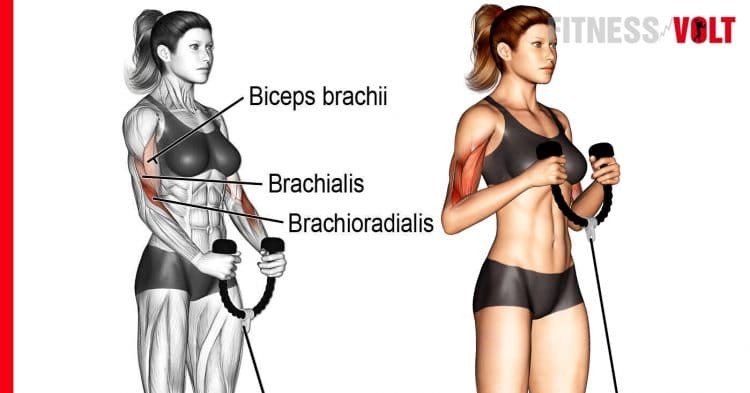 The cable hammer curl is a variation of the hammer curl exercise, that is utilized to build the anterior muscles of the arm. It’s very similar to the biceps curl with the only difference being the neutral (hammer) hand position. However, the big advantage of using cables is that they keep constant tension on the muscles at all angles and throughout the entire range of motion.

Hammer curls are typically included with biceps training, however, there are a few different ways to incorporate this non-negotiable exercise in your workouts. And we’ll definitely cover that aspect after we go over the more important ones first.

Here’s a guide to the cable hammer curl…

Here are the target muscles in this exercise.

The brachioradialis is a forearm muscle located on the thumb and knuckle side that also crosses the elbow joint. It’s primarily an elbow flexor regardless of forearm position (pronation, supination, or neutral). It also stabilizes the forearm during elbow flexion and facilitates the opposite action of whatever the position of the forearm (e.g. supinates the forearms when the forearm is pronated and vice versa).

The brachialis is the other target muscle group when performing hammer curls. It’s located deep to the biceps on the outer portion of the upper arm and is a pure elbow flexor.

The biceps is a two-headed muscle located between the forearm and shoulder, although the long (outer head) crosses the shoulder joint. Its primary function is forearm supination and it also flexes the elbow but to a lesser degree.

How To Do The Cable Hammer Curl

The cable hammer curl is a very simple exercise. However, many exercisers do not maximize its effectiveness due to poor form and using too much weight, which can also be said for any curl variation.

Here are step-by-step instructions for executing this exercise properly.

While the cable hammer curl is an excellent variation that is as good as any other, variety never hurts. Here are a few variations that you can do. 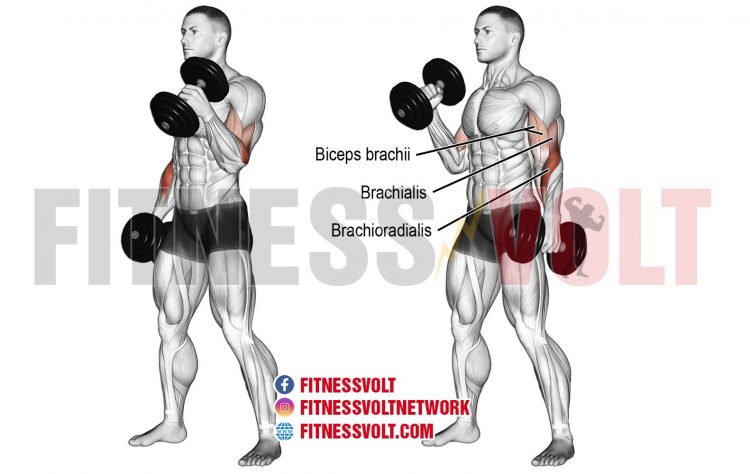 The dumbbell hammer curl is undoubtedly the most popular variation of this exercise. There doesn’t seem to be much advantage over the cable variation. However, dumbbells may allow for slightly freer range of movement, and they’re no doubt a more convenient training tool that does not require any setup. 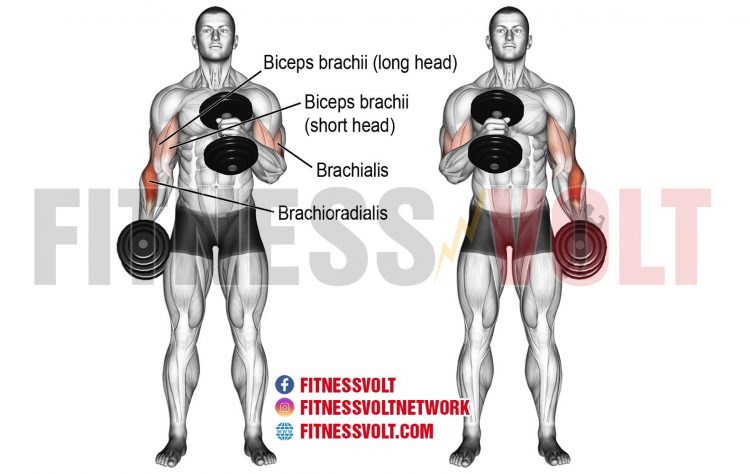 The cross-body hammer curl can be done using cables or dumbbells. The advantage of this variation may be that it allows for more weight to be used. This can be a very effective training method for really overloading the target muscles and squeezing out as many reps as possible. 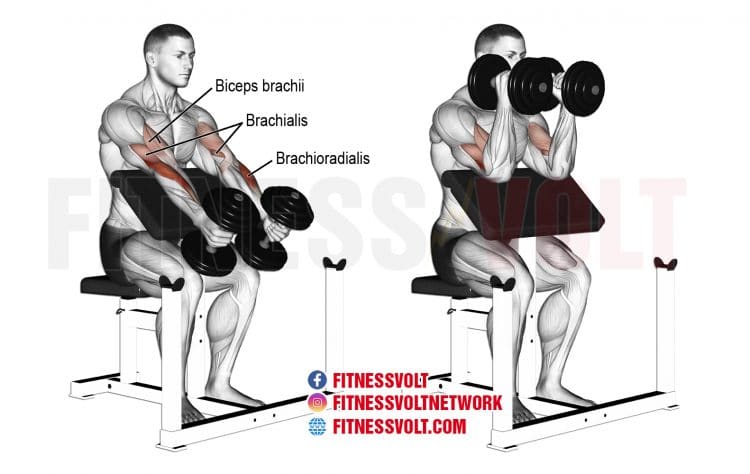 Either of these exercises make for great hammer curl variations and they sort of contrast each other.

The dumbbell hammer preacher emphasizes the lower biceps, while the incline dumbbell hammer curl (seated against a high inclined bench so that the arms are positioned behind your body) emphasizes the biceps near the shoulder. Both are very popular exercises that many swear by and so you will likely get the benefits of both by including them in your training.

How To Incorporate The Cable Hammer Curl Into Your Training Routine

There are a few ways to do this, and the beauty of the hammer curl is that it’s also very versatile.

The hammer curl is typically trained with the biceps and this is one effective way to do it. You can do hammer curls before your biceps curls without having to worry about really tiring out the biceps before you get to them. During hammer curls, the brachioradialis and brachialis take the brunt of the work.

This could even be useful as a pre-exhaust method which would force the biceps to work harder during standard curls because the forearms have been exhausted beforehand.

You could also use hammer curls as a pre-exhaust method since the brachioradialis, brachialis, and biceps are heavily involved during back training/pulling exercises. Not to mention, hammer curls are also a great exercise to finish out a day of heavy pulling. And training them directly will have carryover to heavy pulls, therefore, improving your performance overall.

The cable hammer curl is one of the best exercises that you can do to build your arm muscles. While it’s not a must, we really like it because it offers the constant tension on the muscles regardless of the angle and range of motion. Therefore, it seems to have advantages that make it worth including in your training regime.

We have a saying in the fitness industry: If you always do what you’ve always done, you’ll always get what...

There isn’t a bodybuilder alive who doesn’t want bigger biceps and more muscular forearms. The upper and lower arms are...

If you want stronger, more muscular arms, curls are a must. Yes, chin-ups, dips, and other compound exercises ARE great...