The Strongman legend takes us through another one of his brutal workout sessions as he prepares to take on the other Strongman Hafthor Bjornsson in a boxing match scheduled for late next year. 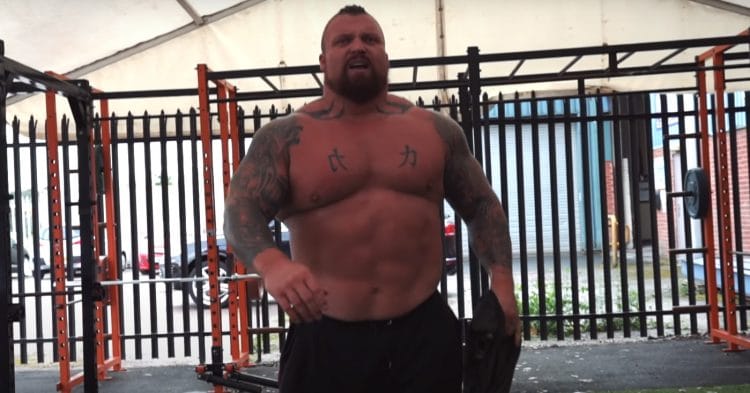 The 2017 Strongest Man champion Eddie Hall is on a mission to take out his biggest foe (Hafthor Bjornsson) in their boxing match up late next year. Both have been absolutely busting their butts training harder than ever, in an effort to gain the advantage over the other. But there’s still a ways to go before we see these two giants duke it out in the ring.

Hall has been looking jacked lately, having clearly visible abs and an impressive physique overall for a man of his size. He has been really taking his cardio training to the next level which will be to his advantage as boxing is a lot different than Strongman.

So he recently took us through his 32-minute HIIT (high-intensity interval training) session, consisting of a one minute on, one minute off format where he performed eight exercises twice, for 16 rounds total. The goal was to not let the heart rate drop below 130.

Hall did the following exercises in his workout:

Learn how to Utilize Metcon (Metabolic Conditioning) Training To Your Advantage

In between the workout, Hall explained that his body weight is staying around the 165kg/363lbs mark. And although he put on weight at the beginning of the transition, he’s slowing starting to lose body fat while still apparently adding muscle mass as well.

“Feel fit as a fiddle, I’m running miles in like 7.5 minutes most morning, doing endless hours of cardio, boxing, HIIT training, swimming, and then doing an average of 2 hours strength and conditioning training every single day as well.”

Hall says this is his fulltime job and his advice to those asking how they can look like him is to make it a fulltime job. “I’m afraid it’s not something you can do an hour or two after work,” he explained. “This is 100% dedication day in and day out. I feel great, looking in the mirror I feel great.”

He finished out the workout of which we’ve included the remaining exercises above and that was pretty much it for his session. The average human would be puking after that but this just shows what kind of shape he’s in.

“The rest of the day for me now is hot/cold treatments, physio, rest up, ready for it to start all over again tomorrow,” he said after the workout.

We’ll be sure to keep you posted as both Eddie Hall and Hafthor Bjornsson continue to update with their progress.

Watch the full workout below…