How many calories do you burn playing Football? 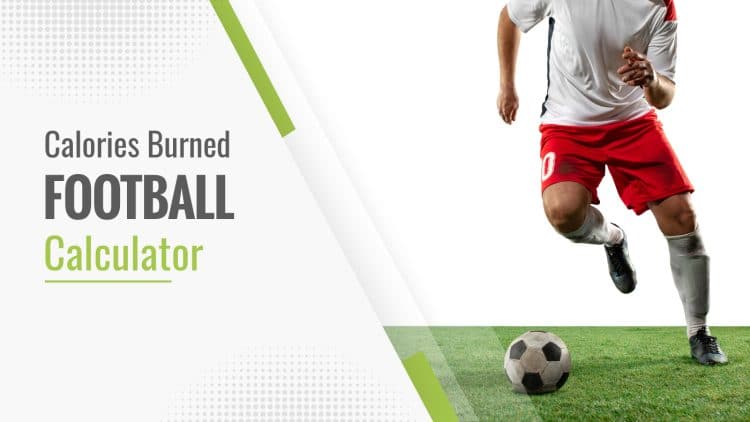 The average person weighing 175 pounds burns 209 – 667 calories per hour playing Football, the calories burned depends on the your weight and the intensity of your activity.

American football is arguably the most popular sport in the United States today. The sport draws in millions of viewers during the season, and the annual Super Bowl is the most-watched sporting event on TV in America. Read on to find out how many calories you can burn while playing football.

American football (or simply “football”) is perhaps the most physical team sport that exists today. Every play in the game involves pushing, grabbing, tackling, running, and diving. The sport itself has a rich history and has been played since 1869 when the first official game took place.

The game of football has evolved significantly since it was first played in 1869, but the principles of the game remain true to their origins. Football remains an intense and physical sport that is played by children at the lowest levels all the way up to the highest level of football at the collegiate level and in the National Football League (NFL).

No matter what level you play the game at, you can count on burning plenty of calories during the game and while practicing the sport with your team. Football requires commitment, and only the players that commit themselves to improving their game and being the best can advance to play the game at the collegiate and professional levels.

Using the calculator to determine how many calories you’ll burn while playing football is easy and only requires a few steps. To calculate the number of calories that you’ll burn, just input your weight and the time that you’ve spent or plan to spend playing football. Then select the type of football activity you are doing and hit CALCULATE.

Our calculator uses MET values to give you an accurate estimate of how many calories you can expect to burn while playing football and doing other activities. The higher the MET value, the more calories you will burn.

MET stands for metabolic equivalent of task, and MET values allow us to give you an estimated expenditure of energy for many different activities, such as playing various types of football-related activities.

So a MET value of 1 is the equivalent of the amount of energy you expend while at rest, and a MET value of 8 means you are expending 8 times as much energy compared to being at rest.

The formula that our football calculator uses to determine the number of calories burned per minute is (MET  x  bodyweight in Kg  x  3.5) ÷ 200.

A person weighing 175 pounds will burn approximately 209-667 calories per hour from having a catch with a football. This activity has a MET of 2.5, which means that it burns 2.5 times as many calories as you would at rest.

This is what the formula for calculating the calories burned while having a football catch will look like for a 175-pound individual at a MET value of 2.5.

What about playing football at a competitive level? This type of football would involve full-speed playing styles that involve running, passing, tackling, and blocking. This is the highest intensity of football that you can play and has a MET value of 8.

As you know by now, football is a physical sport that is played primarily in North America and most notably in the United States. Football players are some of the best athletes in the world, and playing football at the highest levels of the game requires the players to be in superior shape and possess a significant amount of strength.

Football is also sometimes referred to as the “ultimate team sport” because of the various positions that require each teammate to work together to be a cohesive and winning team.

For example, football has “linemen” who are typically bigger and heavier than the other players. Some of the “skilled” positions in football are wide receivers who catch passes and running backs who primarily run the ball on the ground.

The most important position on the football team is the “quarterback”, as the quarterback is the player that calls each play that the offense runs and generally controls the game. Having a skilled quarterback is essential for the team to be successful.

No matter what position in football you play, the game requires short bursts of energy that can be very taxing on the body because of the element of physicality that football has. Football players of all positions spend a significant amount of time training by doing cardio, strength training, HIIT exercises, and much more.

What Muscles Does Playing Football Work?

The muscles that are used while playing football vary based on the position that you play. For example, linemen primarily use the strength in their legs and chest to block other players and create paths for the running backs to run through.

Skilled players like wide receivers and running backs use their lower body the most. Wide receivers are typically the fastest players on the field, and their superior strength in their quads, hamstrings, and calves allow them to make football moves very quickly to get open and catch passes from the quarterback.

Since football requires a great deal of training and conditioning, there is no wonder that the sport will provide many health benefits to those that play the game.

Whether you are playing football for fun while having a catch or playing at the Super Bowl in front of millions of people, football is going to be a great workout that will burn plenty of calories. The top benefits that football players will get are:

Since football is such a physical sport, the risk for injury is higher than other popular team sports in the United States. To play the game safely, there is plenty of protective gear that players will need before they step onto the field.

First and foremost, football players need a helmet to protect their heads from injury. Nearly every single play in football requires blocking and tackling at full speed, which can have a significant impact on the player’s head. A helmet helps to reduce the risk of head injury.

Special footwear is also used by football players. Most players use special cleats to give them enough traction to run at high speeds and make various types of moves like jukes and spins to get around their defenders.

Many players also wear special football gloves to give themselves a better grip on the ball. Gloves are used the most by wide receivers and defensive players like cornerbacks, linebackers, and defensive backs.

It’s important to invest in quality equipment in order to reduce the possibility of getting injured while playing football.

Since football is such a physical sport, the risk of injury high and there have been many documented cases of players that sustained brain injuries during their football career that has had an impact on their cognitive functioning later in life.

How do I get in shape for football?

If you plan on starting playing football competitively, you need to be in great shape if you want to be a valuable player on the team. The best thing that you can do to be a great football player is to develop your lower body strength and do plenty of cardio. Nearly all positions in football require great strength in your legs to be successful.

What type of cardio do football players do?

Football players do many different types of cardio when they practice. However, football is a game of short bursts of energy, so the most common cardio workouts that football players will do are endurance sprints. These are short sprints that only allow a short amount of time of rest in between sets.

How do football players strength train?

The strength training exercises that football players focus on the most vary by position. For example, wide receivers will typically do plenty of speed drills and lower body toning exercises, while lineman and defensive players will do plenty of squats, bench press, and deadlift exercises to build strength in these key muscle groups.

How do I get faster for football?

One of the best attributes of most football players is their speed. Being a fast player in nearly any sport will have many benefits. In order to get faster, you need to do plenty of different variations of cardio as well as strength training in the gym. By burning calories, you will also lose weight, which will allow you to become faster.

By now you know that football requires a great deal of practice and commitment in order to play the game at the highest levels. If you’re looking to get into playing football competitively, you should begin by doing plenty of cardio and strength training exercises to build muscle and endurance.

There are so many benefits to playing football that make it a great sport for someone who is looking to get in shape, burn calories, and play a competitive team sport.

Make sure that you invest in the proper equipment for playing football, as the risk of injury while playing football is higher than most other team sports due to the physicality of the sport.

Use our football calculator to get an idea of how many calories you can expect to burn while doing various types of football activities, and be sure to check out all the other calculators that we have to offer at Fitness Volt!