How many calories do you burn playing Video Games? 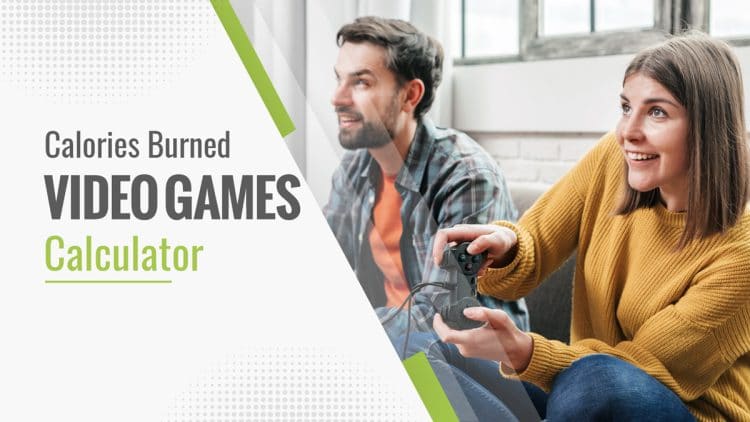 The average person weighing 175 pounds burns 32 – 1936 calories per hour playing video games, the calories burned depends on the your weight and the type of games you are playing.

Video games are notorious for being known for providing very little physical activity and virtually no benefits. However, some video games on the market today aim to change that narrative. Read on to find out how many calories you can expect to burn while playing video games.

Video games come in many different forms, and your traditional sit-at-home video games are now being challenged by consoles like Wii that involve physical activity in order to play the games. The Wii sought to put a different meaning to the term “video game” and effectively disrupted the market when it was released.

Today, video games can be a great workout and you can also learn some skills that you may never have thought possible. Popular games like Guitar Hero, Dance Dance Revolution, and Zumba are great examples of physical aspects that video games incorporate into their play style.

If you think that video games are only for lazy people who sit on the couch all day, you need to think again. In this article, we’re going to explore the different types of video games that you can play that will help you burn plenty of calories in the process.

Using the calculator to determine how many calories you’ll burn while playing various types of video games is easy and only requires a few steps. To calculate the number of calories that you’ll burn, just input your weight and the time that you’ve spent or plan to spend playing video games. Then select the specific video game activity that you’re playing and hit CALCULATE.

Our calculator uses MET values to give you an accurate estimate of how many calories you can expect to burn while playing video games and doing other similar activities. The higher the MET value, the more calories you will burn.

MET stands for metabolic equivalent of task, and MET values allow us to give you an estimated expenditure of energy for many different activities, such as playing different types of video games.

A MET value is a ratio between the working metabolic rate and the resting metabolic rate [1], which is the rate of energy that is used relative to the duration of time spent doing activities like playing video games.

So a MET value of 1 is the equivalent of the amount of energy you expend while at rest, and a MET value of 3 means you are expending 3 times as much energy compared to being at rest.

Most activities come with varying levels of intensity and have different MET values assigned to them. For instance, playing a game like Dance Dance Revolution has a MET value of 7.2, which means this video game can help you burn a significant amount of calories.

The formula that video game calculator uses to determine the number of calories burned per minute is (MET  x  bodyweight in Kg  x  3.5) ÷ 200.

A person weighing 150 pounds will burn approximately 162 calories per hour from playing a video game like Wii Fit with light effort. This activity has a MET of 2.3, which means that it burns over two times as many calories as you would at rest.

This is what the formula for calculating the calories burned while playing Wii Fit with light effort will look like for a 150-pound individual at a MET value of 2.3.

There are also other types of video games that you can play that have higher MET values. For example, doing Zumba on Xbox 360 has a MET value of 6, which is very high for an activity that you may have thought wouldn’t burn any calories.

This is what the formula for calculating the calories burned while doing Zumba will look like for a 150-pound individual at a MET value of 6.

The most intense video game that you can play is a game like Dance Dance Revolution at a vigorous effort. This activity has a MET value of 7.2 and is a very strenuous activity if done for a long period of time.

Below is an example of how the formula looks for a 150-pound person playing Dance Dance Revolution with vigorous effort.

What Are Video Games?

Video games are games that are played electronically by interacting with a user interface that is generated from a gaming console.

The evolution of video games has come a long way since the early days of gaming. In fact, if you compared the style of video games today to video games in the 1980s, there would be striking differences. 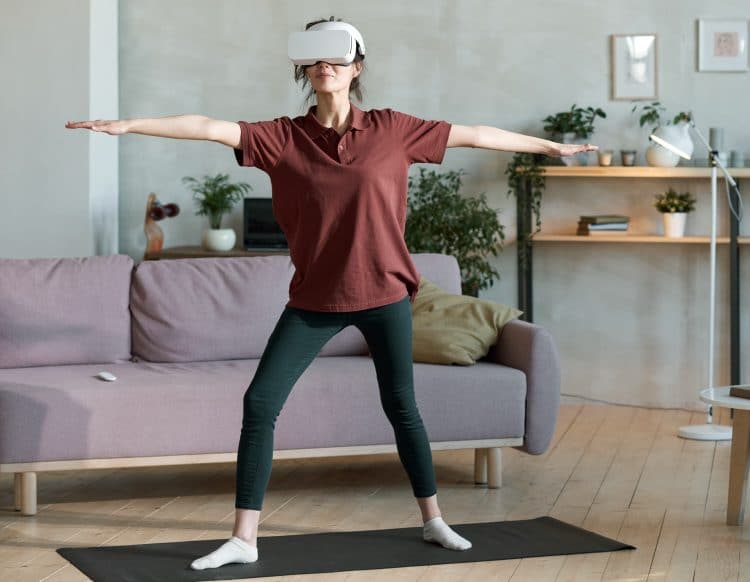 Video games today are fast-paced and often involve elements of multiplayer games where many people are participating in the same game at once, often playing against each other or on the same team to accomplish objectives within the game.

Most video games before 2010 were sedentary activities and didn’t involve much movement or physical activity. Games like Pac-Man took the world by storm, but there were not many benefits to playing games like Pac-Man other than for pure entertainment.

Games like Dance Dance Revolution are great examples of games that challenged traditional video games. This game involves players dancing along to songs with specific movements that the game instructs them to follow.

The more moves that you do correctly, the more points that you will get. Dance Dance Revolution became extremely popular for home use and at arcades across the world.

The Wii console also challenged traditional video games, making the play style much more interactive and coming pre-loaded with games like Wii Tennis and Wii Bowling. The Wii revolutionized the way that video games are played and has since paved the way for other games that require physical activity.

The muscles that you use while playing video games depend largely on the specific game that you are playing. Traditional games like Pac-Man and Frogger are sedentary games that don’t provide many physical benefits.

Dance Dance Revolution is a game that involves a fair amount of physical activity, thus working many different muscle groups in the process. The great thing about this game is you can choose the level of intensity that you play at. If you’re an experienced player, you can up the intensity to give yourself an intense workout.

Zumba and other types of physical activities and workout programs are also available through video games. Zumba is primarily a cardio workout that involves different types of movements while dancing to music and is typically led by an instructor.

Since Dance Revolution, Zumba, and other similar video games require movements of the lower body and core, the following muscle groups are being worked most effectively:

There are plenty of video games to choose from that can provide physical benefits. Playing video games like these ensure that you can get a good workout in while still enjoying your favorite games.

Believe it or not, playing video games can have a positive effect on your health in many different ways. Video games today have become increasingly social, which allows healthy interaction between players and friends that enjoy the game.

In addition to the mental health benefits that video games provide, the physical benefits are made possible by the increasing number of video games that require physical activity to play.

Games that incorporate Virtual Reality (VR) are becoming very popular and involve a fair amount of physical activity. Other games like Just Dance, Pokemon Go, and Brain Age are known as games that can actually make you break a sweat if played at a high intensity.

Due to the nature of video games, there is a fair amount of equipment that you will need in order to reap the benefits that they can provide.

First and foremost, to play video games you will need the gaming console that the game is played on. The most well-known video game consoles are Xbox, PlayStation, and Nintendo, among many others.

Video games can be played on the computer as well, so you will need a laptop or desktop computer to play these types of games. Other games involving virtual reality will require a VR headset and other related equipment.

Many video games come in the form of a disc that you insert into the gaming console. You will need to purchase the disc, which can sometimes cost $50 or more depending on the console.

For games like Dance Dance Revolution, you will need to purchase the gaming set which will come with the disc as well as a mat that is used to record your dance moves.

What are the positive effects of video games?

Some of the main benefits that come with playing video games include better hand-eye coordination, development of social skills, lengthening of your attention span, and rapid decision-making abilities. Games involving physical activity also allow you to burn calories while playing.

What are some popular video games involving physical activity?

Some may think that physical video games are a dying breed. However, there has been an increased effort by companies producing Virtual Reality (VR) games to generate interest in this new style of gaming. However, the high price of Virtual Reality equipment hinders the attractiveness of VR gaming.

Playing video games doesn’t have to be a sedentary activity any longer. There are plenty of options that you have if you want to play video games from the comfort of your own home while also breaking a sweat.

Whether you are playing games like Dance Dance Revolution, Pokemon Go, or any of the other games we mentioned, the benefits of these games go beyond just the physical aspects. Enhancing your social skills and improving your hand-eye coordination are more benefits that video games can provide.

Use our video gaming calculator to get an idea of how many calories you can expect to burn while playing video games, and be sure to check out all the other calculators that we have to offer at Fitness Volt!