Calum Von Moger is now a dad but it's still not quite that simple. 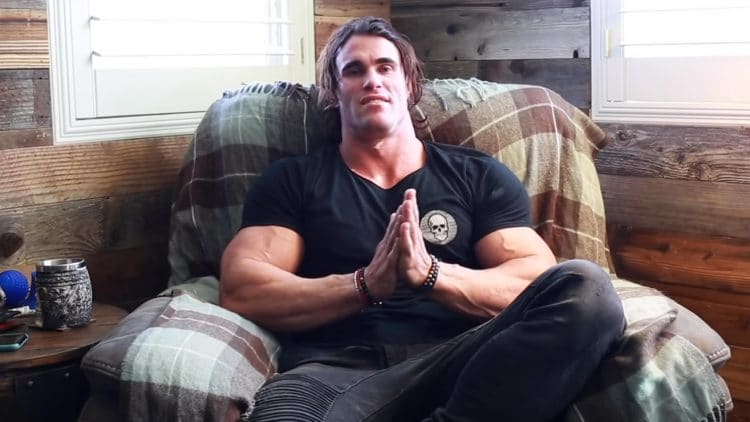 We very recently learned of some interesting details regarding fitness sensation Calum Von Moger via YouTuber Kenny KO, who had apparently been hinting at the fact that he had some dirt on the Australian actor and bodybuilder for a few months now.

Well, to basically sum it up, Calum Von Moger got a young woman named Nicola Segura pregnant in December of 2018. So, she contacted him not long after to give him the news and let’s just say he wasn’t so thrilled about it and from what he explained in the video below, it wasn’t at all planned, so naturally, he wanted proof.

But according to Segura who shared the details with Kenny KO, Von Moger did not want to have anything to do with the baby and even suggested she get an abortion and that he’d pay for it. But she decided to have the baby and then supposedly, he suddenly had a change of heart. So now, they’ll see each other in court on February 20th and from we learned, Segura wants child support and Von Moger wants full custody of the child…

So, Calum Von Moger made a video setting the record straight in an effort to be as transparent as possible about the situation as he felt he owed it to his fans who have shown him so much support throughout all of his endeavors. So, he didn’t waste much time getting into the details but before he did, he revealed that he is indeed a father now, to a baby boy who is about 5 months old or so.

“I’m going to tell you now that I’m a father, so I have a son“. Life is what it is. It wasn’t exactly expected and I didn’t know I was the father for real until yesterday.”

He explained that it was about a year ago that he found out about the pregnancy but he requested a maternity test because he believed there was a good chance that the baby was not his. In fact, he explained that he wasn’t even dating the girl and even said that he didn’t really even know her all that well. But without his say, the woman decided to go ahead and have this child.

Von Moger then went on to say that he would have preferred to handle this situation privately without his business being all over social media, especially since he wasn’t even sure that he was the father. However, things didn’t quite go as planned as the mother of the child teamed up with Kenny KO to try and expose him to make it seem like he wanted nothing to do with baby Kairo.

Well, according to Von Moger, he wants to be in his son’s life and will do whatever he can to make sure of this.

“Basically, I just want you guys to know that I want the absolute best for this kid… my son, he’s going to have great child support and I’m going to be there as much as I can be for him, as a father.”

“I’m looking forward to raising him without the mother, I don’t want to have anything to do with her. That’s life, it is what it is, as long as I’ve got my son, that’s all that matters.”

This situation has been extremely stressful for Calum Von Moger as would be expected and he just wants some privacy right now which is difficult seeing as his life is usually on display for the public to see. But, he has to deal with it either way which he acknowledged.

However, he definitely isn’t letting this situation get in the way of his physique goals

“I just want to go back to getting shredded and jacked and making cool videos with you guys now. Now you kind of know the situation I didn’t ask for it but I’m in it and I’m embracing it as best I can and I can’t wait to hang out with my little boy and Rexy boy (dog) and smash some bodybuilding competitions later this year.”

Here’s the video where he explains everything…

That wrapped up the talk about the whole situation and the second part of the video is part of his personal vlog which you can stick around for if you so choose to.

As we all know, there are always two sides to a story but at least Calum Von Moger has come out to share his half and has also decided that he wants to be a part of his son’s life which is very respectable. But we’ll have to wait and see how this story unfolds as it’s still rather new.

Cheat Reps – How And When To Use Them