No Result
View All Result
Fat Loss
Fact Checked
Fact Checked
This article was written by one of our qualified writers, and fact-checked by our experts. The numbers in parentheses (e.g. 1, 2, 3, etc.) throughout the article, are reference links to peer-reviewed studies.
Our team of experts include a board-certified physician, nutritionists, dietitians, certified personal trainers, strength training experts, and exercise specialists.
Read Our Editorial Process 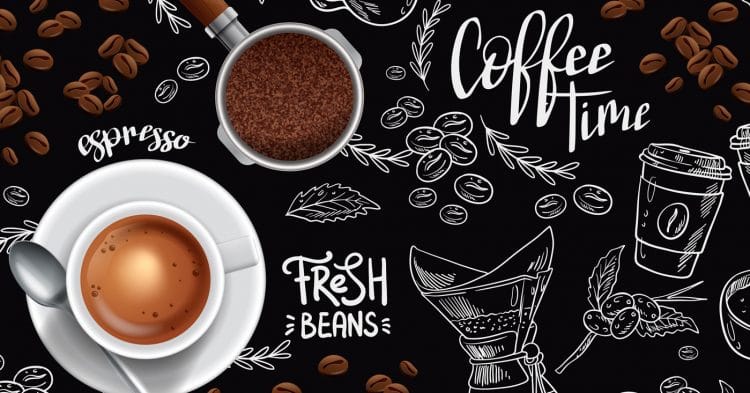 The Bulletproof® Diet was founded by Dave Asprey and is apparently the foundation for a ‘bulletproof mind and body,’ whatever that means. It’s apparently one of the most important things you can do to increase your performance across the board. The diet comprises of 50-60% of calories from healthy fats, 20% from protein, and the rest from vegetables, labeling certain foods as ‘good’ and ‘bad.’

A recent report in The Daily Telegraph concluded that the diet is filled with false claims and no scientific evidence. With the exception of the agreeing with Robert Lustig, this newspaper article is a very good explaining the fallacies of the diet – (source)

According to Dave Asprey, he claims his ‘scientific’ high-fat diet and the calorie laden butter and medium chained triglyceride ‘Bulletproof Coffee,’ will enhance your body and boost your brain function, “melt body fat and increase muscle mass.” He says he lost 45kg eating a high-fat diet, and claims he now eats more than 4,000 calories day and does no exercise. He claims calorie restriction leads to energy storage but that “by eating more fat, you tell your body it’s OK to burn fat.”

First things first there is no scientific explanation for how people could lose weight on an uncontrolled high calorie diet with little exercise. Asprey claims to have science backing up the benefits and advantages of his diet however the citations he quotes are cherry-picked and bad studies. Most of these studies are very old and carried out on rats which aren’t relevant to humans.

‘The one about cereal grains, for example, begins with a quote from the Bible and is written by a man called Loren Cordain, otherwise known as the author of The Paleo Diet, a health plan that involves eating only foods that were available to humans during the Paleolithic (or caveman) era, and has been widely discredited.

Another paper — “Switching from refined grains to whole grains causes zinc deficiency” — is a report of a 1976 research project featuring a study group of just two people. A third study – “Diets high in grain fibre deplete vitamin D stores” – is a 30 year-old study of 13 people.
A fourth – “Phytic acid from whole grains block zinc and other minerals” – is based on a 1971 study of people in rural Iran eating unleavened flatbread. Another is about insulin sensitivity in domestic pigs.

In other words, the research upon which the Bulletproof Diet stands is not exactly cutting-edge.’

But rather than writing about the diet, I want to focus on the coffee.

Alarm bells should always go off any time someone claims that you should buy their expensive diet/plan/workout/products to reach your goals, especially when they promise miracles. Drinking a coffee, every day, mixed with butter and coconut oil puts serious amounts of extra calories into your diet, approximately 400-600 cals, if you are not controlling them.

Check out this video when people on the streets of London were allowed to have a taste – http://www.telegraph.co.uk/foodanddrink/11299562/Should-you-swap-the-milk-in-your-coffee-for-a-knob-of-butter.html

So will this benefit you weight loss goals?

Asprey claims he is living proof that it works, and claims that mycotoxins, present in everyday coffee, is the main risk factor and this is why his ‘bullet proof coffee’ is best, which costs $20 per 12 oz.

Mycotoxins are toxic moulds that can grow in coffee beans, and produce toxic chemicals called mycotoxins. (1)

So is there cause for alarm?

Chemicals and toxins are present everywhere in today’s food and drink at very low dosages, so it is very hard to avoid them. I can understand certain people not wanting to consume large amounts of chemicals, but we are constantly drinking, eating and breathing chemicals and are you still alive? We need to remember the dose makes the poison!

Studies have looked at the toxin content of coffee and found there to be traces of mycotoxins present, but they are so small they are well below any level of toxicity. (2-5) The most prevalent toxins in coffee are called aflatoxin and orchratoix. The Food and Agriculture Organisation of the United Nations set the provisional tolerable weekly intake of ochratoxin at 100 ng/kg/week. (6) So a 90kg person would have a safe limit of 9000 ng/week. That equates to 250 cups of coffee per day. (7) If coffee was so toxic with mycotoxins, we would see a link between disease and regular coffee consumers which definitely isn’t seen in the ‘Blue Zones.’ A concept used to identify geographic areas of the world where people live measurably longer lives, where coffee is regularly consumed.

Here is an article I wrote on the benefits of coffee

The advised protocol for drinking ‘Bulletproof coffee’ is to swap your breakfast for the drink. Not always, but doing this would result in you significantly reducing certain macronutrients, vitamins, minerals, fibre, water etc in your diet.

So what about all that fat?

Even though there is no significant association between the intake of saturated fat and the risk of cardiovascular disease and stroke. (8) This doesn’t mean that consuming copious amounts saturated fat is entirely harmless and should be consumed in a coffee in my opinion. Certain studies have shown when people increase their intake of saturated fat, their cholesterol levels go up drastically. (9) Also it has been shown that not all saturated fats are equal (19) so this is something to bear in mind.

For the record, I’m a big fan of normal coffee as it is loaded with antioxidants and beneficial nutrients that can improve your health. Benefits range from –

Intermittent fasting is one of the most popular diets and enjoys a cult following. Many Hollywood actors and fitness influencers...