Chris Bumstead shares a detailed account of his time off after Mr. Olympia 2021 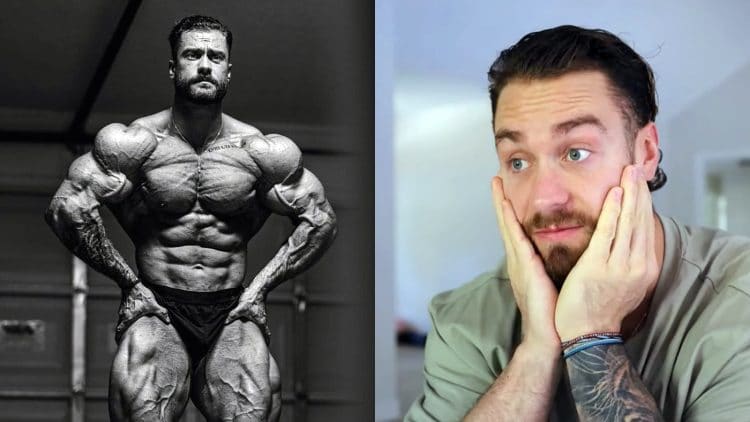 2021 Classic Physique champion Chris Bumstead recently gave a health and physique update and also shared back workouts on his YouTube channel. Approximately one year out of Mr. Olympia 2022, Bumstead has resumed training after taking time off to let his body recover. A recent battle with Covid-19 infection has pushed the 26-year-old phenom back a little bit. However, taking small steps towards regaining the lost ground is his priority at the moment.

After defending his Classic Physique title at the 2021 Mr. Olympia, Chris Bumstead had taken time off to let his body rest and recover. Although he trained a few times every week during the time off, Bumstead lost some amount of weight.

Since earning the IFBB pro card in 2016, Chris Bumstead has had strong showings in each one of his Mr. Olympia appearances. The 26-year-old admitted that the relentless efforts in those six years compelled him to take a break from preparation, training, and strict diet for a while. Chris Bumstead further explained that since bodybuilding is immensely taxing for the mind and body, taking a step back is his way to rekindle the love for the craft.

“I think it’s important t make the actual choice to take a step back instead of getting to a point where your body forces you to take a step back. When you’re young, pushing it whatever, you can do it for a few years. But eventually, your body is going to shut down,” Chris Bumstead said.

Chris Bumstead’s time off came with its own set of challenges recently. Right around Christmas time, Bumstead contracted a Covid-19 infection that resulted in him losing weight further.

“We all got fine in about 24 hours or so but then I got sick again. I don’t know if it was Covid again or anything else, my immune system was still a little shot.”

The 26-year-old further added that he lost the sense of taste and stayed out of the gym for the last couple of weeks and even lost his appetite for food for a few days. The health issues have resulted in significant weight loss.

Chris Bumstead stated that his current off-season weight (107kg/236lbs) is approximately 28lbs less than what he usually weighs during the off-season. Fortunately, he is in decent shape and has retained most of his muscle mass despite the illness. With his health back to normal, Bumstead plans to regain his health and momentum immediately.

Chris Bumstead has resumed training since recovering from illness and shared his back day workout. However, the intensity of his workouts is still very low as taking baby steps towards getting back in full form is the primary goal at the moment.

“I’m really trying to leave the ego out of the door here, not go heavy and control the weight. Right now, I’m still untrained, not used to working out that I feel like if I don’t go heavy I’ll still get a benefit from it. I’m trying to get my form perfect, build the mind-muscle connection.”

In the video, Chris Bumstead stated that it was his fourth day in the gym since resuming workouts and proceeded with back workouts. The entire session consisted of two sets of each of the workouts mentioned below with moderate weights.

Chris Bumstead performed each exercise to failure and added that the intensity in the workout is a little better than it was when he started a few days ago. Elaborating further on the plan of action, Bumstead stated that he plans to add supersets and drop sets to his workouts as the intensity increases a few weeks down the line.

Bumstead then ended the video after sharing his post-workout meal that consisted of: