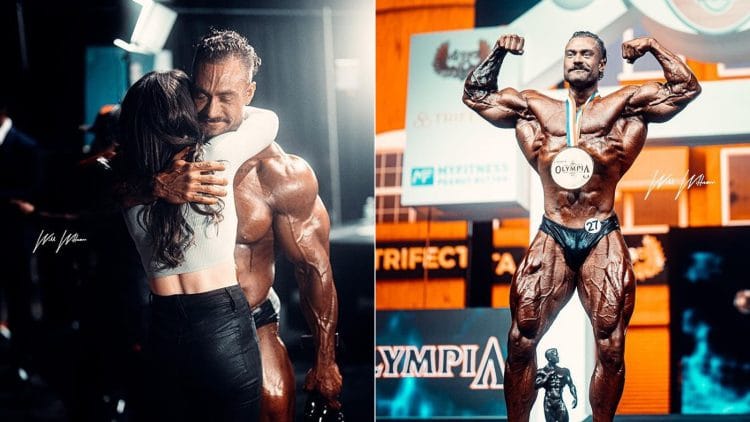 Three-time Classic Physique Olympia champion Chris Bumstead explains what it feels like after winning his third consecutive title and apparently, it’s much different from his first two.

The 26-year-old is undoubtedly the greatest to have ever competed in his division and is on the fast track to becoming an icon in the sport if he’s not already. Not to mention, his over 4 million Instagram followers.

The Feeling After a Third Straight Olympia Victory!

Bumstead took to the social platform to share a post-win message the day after his victory.

“This is the first morning after a show I woke up not in shock, not going “I can’t believe what just happened”…. and it feels damn good,” said the young Canadian.

“It’s not because I knew I had the win, I didn’t. I felt like I was fighting tooth and nail this whole prep and I had to show up at my best to stand a chance at defending my title.
Rather it’s because I was fully present yesterday on stage. I remember ever single moment so clearly.
I simply felt at peace.”

While most cannot relate to Bumstead’s reaching the pinnacle of the sport, what he’s describing is definitely a form of maturing, but his experience is unique to him because of how he’s chosen to mentally prepare himself.

“Now I have these moments as deep rooted memories I will never forget and I’m so grateful for the experience,” Bumstead added. “I spend a lot of time trying to apply the power of now to my daily life and I’m definitely not the best at it. It’s a constant work in progress, but when you live it and truly experience moments for what they are, nothing compares to that feeling.”

Related: 18 Most Aesthetic Bodybuilders of All Time

As Chris explained, he didn’t think it’d be easy and did everything he could to ensure another win, which certainly made the experience a humbling one.

After all, it has to be a gut-wrenching feeling knowing one mistake can cost you, especially against a lineup that includes last year’s runner-up Terrance Ruffin, and two-time Classic Physique Olympia champion Breon Ansley.

But the 6’1″ aesthetic freak once again brought the winning package, and now he gets to celebrate his win and take time off from competing to refresh before starting his preparation for next season.

What Next For The Champ?

Well, Bumstead has not competed in any shows other than the Olympia since taking his first title in 2019. His strategy has been to take some time off, ease himself back into training, and then begin prepping for the Olympia a few months out.

Also check out the Olympia results for all divisions.