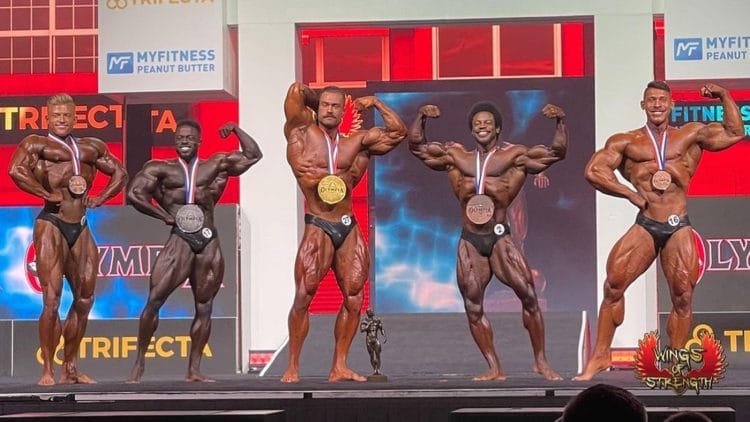 Chris Bumstead is the Classic Physique Olympia champ, after winning the 2021 Olympia, which was held in Orlando, Florida, from October 7th-10th. By the end of the showdown, Terrence Ruffin was in second place, with Breon Ansley coming in the third place position.

The Classic Physique division has been one of the fastest growing divisions in the sport, over the last several years. In fact, ahead of the 2021 Olympia, it has been a big topic of conversation, with people like Arnold Schwarzenegger and others suggesting that the sport should be headed in that direction, rather than with Open Bodybuilding, that has more potential to be dangerous.

On top of that, it plays host to one of the biggest stars in the sport today, with two-time reigning champ Chris Bumstead. Fans were excited to tune into the contest this year, to see if he would be able to score a three-peat.

By the end of the competition, Bumstead earned the title once again, winning the 2021 Classic Physique Olympia for a third straight year. Hot on his heels though, was Terrence Ruffin who pulled off a second place win, and former champ Breon Ansley who ended in third, both of whom were fighting valiantly to win the title, but had to settle for these scores instead.

Check out the official Classic Physique results below!