CrossFit Games Director Dave Castro has been fired and will be replaced by Justin Bergh. 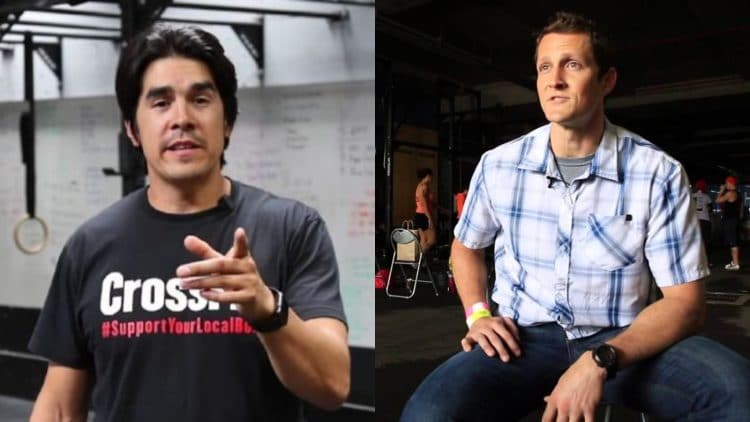 News broke on Monday that Dave Castro was terminated by CEO Eric Rosa. Castro served as the General Manager of the sport spanning back to 2007. According to The Morning Chalk-Up, the termination was brought on by future visions of the company which do not align with Castro’s views of CrossFit.

Justin Bergh who replaces Castro first joined CrossFit in 2006. Competing in the CrossFit Open every year since 2006, Bergh understands the intricacies of the sport more than most. Eventually, Bergh left his position at SportsMEDIA Technology Corp and decided to open a CrossFit Southside affiliate in Jacksonville, FL.

In a private email addressed to Castro, Rosa explained the company’s plan to move on without Dave Castro in the picture. Within the email, Rosa goes on to thank Castro for his creativity, vision, and drive which has helped CrossFit become the driving force it is today. Below you can find Rosa’s official statement on the firing of Castro:

“I have made the difficult decision to change the leadership of the Sport team to best support CrossFit’s go-forward plans, and Dave Castro will be leaving the business.” CEO Eric Rosa said.

I have made the difficult decision to change the leadership of the Sport team to best support CrossFit’s go-forward plans, and Dave Castro will be leaving the business.

Over the last fifteen years, Dave has played a key role in building CrossFit into what it is today.

His vision, creativity, and drive have taken the CrossFit Games from an informal backyard competition at his family’s ranch into a global phenomenon with hundreds of thousands of participants and millions of viewers worldwide. Dave was also a central figure in the growth of CrossFit’s training business, helping to scale the seminar department to reach tens of thousands of trainers.

All of us in the world of CrossFit owe Dave a debt of gratitude for his contributions, and we wish him well as he brings his talents to his next chapter.

Dave has assembled a world-class team, which will now be led by Justin Bergh, and we are excited to see this new generation of leadership build on his legacy as we work together to bring our Sport to the next level of success.

I look forward to seeing you all at next week’s All Hands Meeting.

On a recent episode of the Joe Rogan Experience, the 5X winner of the Games mentioned that there was palpable tension between him and the General Manager of CrossFit (who was Dave Castro at the time). In the muddy conflict, Matt Fraser insists that Dave Castro went out of his way to try to throw him off his game before competition.

After airing his grievances with the public, Castro responded by saying that his Instagram stories were taken out of context and used in an article not written by him. Castro admits to making a quick verbal comment about Fraser but stresses that he doesn’t have a problem with Matt Fraser.

Castro watched the episode of JRE and took issue with misconceptions that Fraser relayed to the millions of subscribers that listen to Joe Rogan.

With several hours to digest the news, Dave Castro took to Twitter with curiosity on his mind. Given that he helped build CrossFit into what it is today, the former General Manager is curious if the company will still implement his workouts.

I wonder if they are still going to use my open workouts?🤷🏻🤷🏻@CrossFitGames

“I wonder if they are still going to use my open workouts?

It appears the CrossFit landscape is undergoing major changes. With Dave Castro being fired less than 2-months from the 2022 Games, leadership is getting a makeover and fans are eager to hear what CrossFit LLC is going to bring with its renewed vision.