The famous actor shared a unique recipe that fuels him during strenuous workout routines. 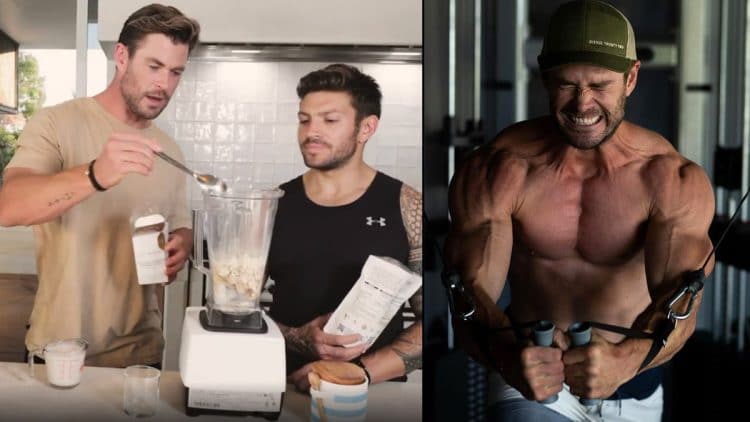 Chris Hemsworth is known as one of the fittest heartthrobs in Hollywood, and routinely shares workout routines and dietary choices to encourage his fans to practice healthy living. In a recent Instagram post with trainer Luke Zocchi, Hemsworth shared one of his ‘favourite’ caffeine-fueled workout smoothies designed to improve physical performance.

Establishing himself as one of the highest-paid actors in the U.S., Chris Hemsworth reached a high level of notoriety courtesy of his action-based movie roles in the Marvel Cinematic Universe, as Thor. He also took part in Men in Black: International and saw his name rise in popularity after his exciting role in the action-thriller film, Extraction. While operating a busy schedule, Hemsworth sets aside time to focus on working out and maintaining one of the best physiques in the entertainment sector.

The famous actor is accustomed to getting in peak physical condition for movie roles and made a lifestyle wellness app to promote healthier living. CentrFit was created in 2020, an application Hemsworth has used to facilitate movie physique transformations to great effect.

Instead of building mass, Hemsworth explained his decision to focus on strength, agility, and speed by using bodyweight training instead of traditional weights for his Extraction role. Prioritizing healthier living, Hemsworth continues to share the knowledge he’s acquired during his decorated acting career.

Taking to Instagram, Chris Hemsworth provided his massive social media following with instructions on how to enjoy one of his ‘favourite’ smoothies.

“You got the caffeine, the carbs, all the healthy goodness.” Hemsworth said.

He mentioned that if almond milk isn’t available, the recipe works fine with coconut water or oat milk.

“Easy to make. Shot of coffee in there for extra energy.” Hemsworth added.

Hemsworth’s trainer explained that he and the popular actor had to get creative with smoothie ideas last year while filming was underway for Love and Thunder. In order to maintain muscle mass, Hemsworth was required to eat up to 10 meals a day.

Chris Hemsworth’s dedication to a healthier lifestyle has no doubt aided in his ability to prepare for movie roles. Despite a busy schedule, Hemsworth continues to promote healthy living with one of his ‘favorite’ pre-workout smoothie recipes.