The IFBB Pro revealed that he hasn't officially retired from bodybuilding but doesn't have concrete plans to compete any upcoming shows. 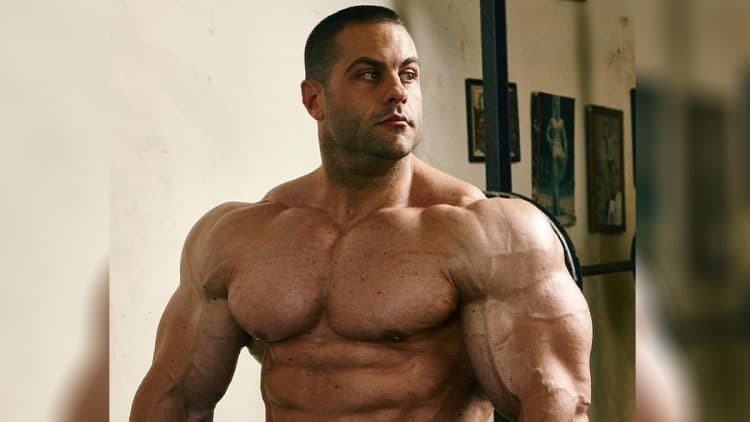 IFBB Pro bodybuilder Evan Centopani was an incredibly active competitor who understood the nuances of the sport like few before him. In an exclusive statement with Fitness Volt, Centopani explained that he hasn’t ‘officially retired’ despite widespread speculation about his exit from competitive bodybuilding.

Centopani emerged as a serious player in the Men’s Open division during his time competing in the 2010s. While the bodybuilder never won a Sandow at the Olympia or an Arnold Classic title, he proved to be extremely competitive any time he stood on stage. Centopani competed against some of the best bodybuilders in his respective era, like Kai Greene and the late Cedric McMillan.

One of his best years in the sport came in 2013 after winning the Tampa Pro. His first-place performance earned him a qualification to compete at Mr. Olympia the same year. Centopani earned 13th place at his first Mr. Olympia appearance. He bounced back the next year with a fifth-place showing at the 2014 Arnold Classic. A little over a month later, Centopani reached the podium in third place at the 2014 Australia Pro Grand Prix. His last IFBB Pro League show took place in 2016, where he placed in fifth at the Arnold Classic Australia.

According to Nick Trigili, who runs the Bodybuilding & BS YouTube channel, Centopani has been mulling over retirement. Fitness Volt contacted Centopani requesting a comment, and the IFBB Pro had the following to say in an exclusive statement.

“I haven’t “officially” retired. Although I don’t PLAN on competing, if I’m able to rectify a couple injuries I’m dealing with, I might get on stage again.”
Evan Centopani told Fitness Volt.

Centopani sustained a serious quad injury after slipping on black ice a few years ago. The painful accident resulted in him not being able to compete at the 2017 New York Pro. While he intended to return to the sport and participate at the 2020 New York Pro, the show was ultimately postponed due to the ongoing Coronavirus pandemic.

The 41-year-old’s decision to step away is nowhere near set in stone but it would be an ideal time to retire from bodybuilding considering the alarming rate of athletes dying lately. 2021 saw a number of high-profile bodybuilders pass away. Former Mr. Olympia Shawn Rhoden died at 46, George Peterson passed away for similar reasons, and most recently, the tragic death of the late Cedric McMillan left the community reeling from the loss.

During his time away from competition, Centopani remains active on social media and has amassed a huge following. Centopani doesn’t plan on competing at any bodybuilding shows in the near future but left the door open for a potential return if his injuries heal accordingly.