Pa O'Dwyer has withdrawn from the 2022 World's Strongest Man on the final night leading up to the contest. 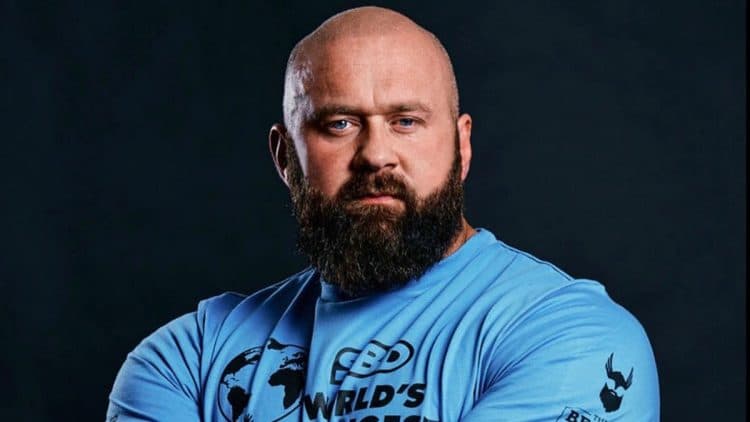 The 2022 World’s Strongest Man is just starting, and it will go down from May 24-29, in Sacramento, California. All athletes were testing the equipment yesterday and everything seemed to be going well. However, just last night, the WSM official Instagram page confirmed that Pa O’Dwyer has withdrawn from the contest. This must be devastating for Pa, as he was only one sleep away from his second appearance at the World’s Strongest Man.

In an Instagram post, Pa O’Dwyer revealed that he won’t be participating in the 2022 WSM due to an injury.   Pa also posted a YouTube video on May 23, and he seemed ready to compete, but it obviously took a turn for the worse. Unfortunately, this won’t be the year to do so, but there is no doubt that Pa O’Dwyer will only come back stronger.

“Unfortunately, I had to withdraw from this year’s WSM due to an injury which I’ll address at a later time. Absolutely gutted is an understatement.

Who will Replace Pa O’Dwyer?

Andy Black, who was a reserve beforehand, will take up Pa O’Dwyer’s place in the 2022 WSM. Originally coming from Scotland, Andy Black will compete in the World’s Strongest Man contest for the first time in his career.

Two-time Scotland’s Strongest Man, Andy Black, is another extremely big competitor as he stands at around 6′ 7″ (2.01 meters) tall, and weighs around 430 pounds (195 kilograms). However, Andy does not lack speed or agility, despite carrying a lot of weight.

Most of his best performances in official competitions have come in Atlas Stones events, so the stone-off could be his ticket to the final.

Andy Black has taken part in a total of six major competitions, but did not win any of them. His greatest placing was at the 2021 UK’s Strongest Man, as Andy finished in third place. Britain’s Strongest Man was the first competition Andy entered in 2022. He finished in sixth place, but since it was his most recent performance, it can give us some insight into his strengths and weaknesses.

The 2022 Britain’s Strongest Man featured an axle press for reps event, which really pointed out Andy Black’s weakness. He was not able to perform one repetition, and this year’s World’s Strongest Man contains a very similar event, which is the log press for reps. The weights are very similar, so it will be interesting to see if Andy has improved his overhead strength.

Leading up to the 2022 WSM, the lineup took some big losses, as Rauno Heinla, Mateusz Kieliszkowski, Peiman Maheripourehir, and Pa O’Dwyer withdrew from the contest. There was also some talk about Zydrunas Savickas, Chieck “Iron Biby” Sanou, JF Caron, and Graham Hicks taking part. However, it seems like they were not able or did not want to accept the invitation.

Pa O’Dwyer was definitely ready for this competition, as he has made some incredible results this year. However, his replacement, Andy Black, will undoubtedly be a great addition to the roster.