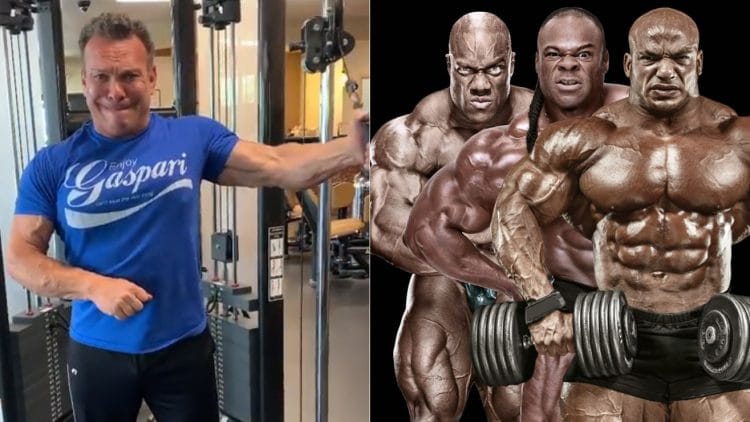 The 2019 Mr. Olympia has not been doing as good of ticket sales as previous years. Rich Gaspari thinks that is something that needs to change.

This year’s Olympia took a big hit with the removal of Shawn Rhoden from the competition. The AMI revoked his eligibility, following allegations made against him of sexual assault. Subsequently, this leaves the door open for a new champion to be crowned this year. On the other hand, with the apparent uncertainty of Phil Heath and Kai Green competing, this leaves fans feeling uninterested in the event.

However, Rich Gaspari thinks this fan reaction is unwarranted. The retired bodybuilder took to Instagram to call out people for these criticisms. Additionally, Gaspari explained why exactly fans should be excited for this year’s Olympia.

“Why are people saying the Olympia is going to suck this year? Because @flexatronrhoden isn’t competing? That’s ridiculous ! The title is wide open! And there are great, incredible, guys fighting for it: @roellywinklaar, @[email protected]_curry, @mrolympia08, @big_ramy…. And there’s talk of @philheath and @kaigreen going in. I think this is going to be one of the most exciting Olympias of all time and I can’t wait to go!”

Rich Gaspari brings up some good points, regarding who is competing this year. Roelly Winklaar and William Bonac have been training hard, and look great heading into the event. While three weeks out, Brandon Curry seems to extremely motivated.

Gaspari knows a thing or two about what a good Mr. Olympia should look like. He was a Mr. Olympia runner-up in 1986, 1987, and 1988. Subsequently, when he says there is a lot to look forward to this competition, it is really worth believing him.

The 2019 Mr. Olympia takes place from September 12-15th, in Las Vegas, Nevada. You can buy tickets for the event here, and watch the competition with Rich Gaspari.