Courtney Clenney is shifted to a mental institution after showing suicidal tendencies in Police custody, not facing any charges as of now 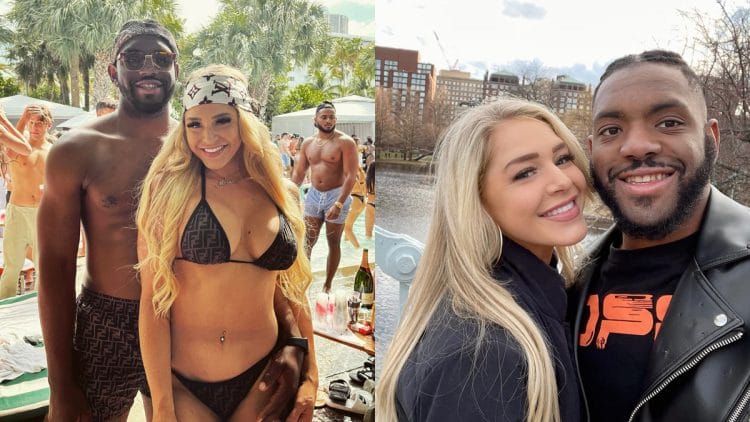 OnlyFans, Fitness model and social media influencer Courtney Clenney allegedly stabbed her boyfriend to death. The 25-year-old model is known on social media platforms as Courtney Tailor. She allegedly posted a vulgar post on her social media accounts following the incident. The cops detained her and later took her to a mental institution. Her deceased boyfriend, Christian Obumseli, was 27-year-old.

The Police responded to a 911 emergency call from Clenney at a luxury apartment in Miami, Florida. The cops found that Obumseli was stabbed once in his shoulder. The first respondents took Obumseli to a local hospital. However, he gave in to the mortal wounds and succumbed to death shortly after.

The Police officers said that the incident was caused over a domestic dispute between Courtney Clenney and Christian Obumseli.

“We know that there was a physical altercation between them before he was stabbed,” a Miami Police Department spokesperson said.

Courtney Clenney and Christian Obusmeli had a rocky relationship

According to Clenney and Obumseli’s mutual friends, the couple often had intense arguments.

#EXCLUSIVE: On Sunday at 5pm @MiamiPD responded to One Paraiso condo in Edgewater to a male, Christian Tobechukwu Obumseli, 27, stabbed in a domestic incident. He was declared dead at the hospital. One female was detained and Baker Acted. The case remains under investigation. pic.twitter.com/8E5MwlmAwq

According to their friends, Christian Obumseli was living with Courtney Clenney at the One Paraiso apartment building, located in the Edgewater neighborhood of Miami. He had recently shifted there. The neighbors in the building said that the disputes were common between the couple and the Police had to get involved on many occasions to sort things out.

Courtney Clenney threatened to kill herself when she was being detained by the Police following the incident. The Police therefore evaluated the situation and shifted her to the mental institution under the Baker Act. Florida’s Baker Act law allows law enforcement, as well as doctors, mental health professionals and judges, to commit a person to a mental health treatment center for up to 72 hours if certain violent or suicidal tendencies are displayed.

The fundraiser has already raised over $64,000. The description mentions that Obumseli died just one week before he turned 28.

13 Ways to Make Every Workout Better

About three decades ago, the bodybuilding community was shocked by the death of bodybuilder Ray McNeil, who was shot by...

Andrei Lincan Deiu is a Men's Physique bodybuilder and Fitness Model. This is the life and story of this Romania...