The Netflix series will explore the truth behind the gruesome murder of bodybuilder Ray McNeil by his wife, Sally. 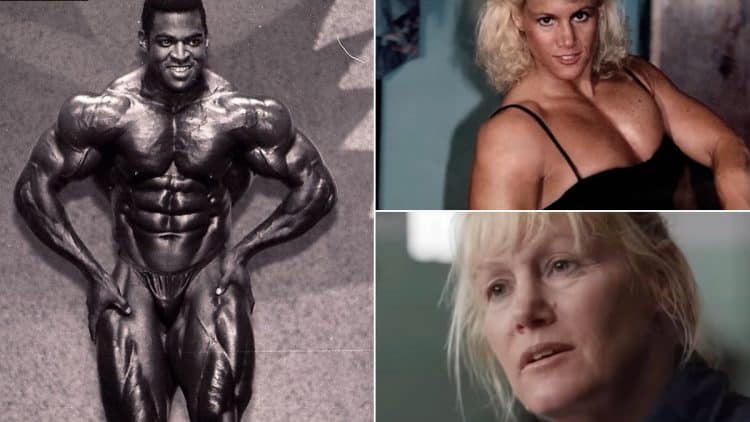 About three decades ago, the bodybuilding community was shocked by the death of bodybuilder Ray McNeil, who was shot by his wife, Sally. Today, Netflix dropped the trailer for Killer Sally, an upcoming docuseries that will explore one of bodybuilding’s most heinous crimes.

Ray McNeil was serving as a Marine in the United States Marine Corps when he met Sally Lowden, a former marine who had won the US armed services physique championship twice in the 1980s. They connected through their shared love for fitness/bodybuilding and decided to get married in 1987. However, it wasn’t a happy arrangement as the couple argued constantly.

Sally chose to move on from the military after she was demoted and refused re-enlistment in 1990. Following her departure, Sally chose to pursue professional wrestling and became a successful star under the ring name, Killer Sally. Her new career helped Ray leave the marines and find a new path for himself.

In 1994, tensions grew between the couple. Sally continued to support Ray, who was switching between jobs. She reached her boiling point in the ring when she got confronted by one of Ray’s mistresses. She reacted violently to the interaction and ended up losing her wrestling license.

On Feb 14, 1995, Sally and Ray got into another quarrel in the house. Sally proceeded to shoot Ray twice with a shotgun, in the abdomen and then in the head. She called 911 and claimed that she had killed Ray in self-defense and suggested he was beating her. Ray was pronounced dead once he reached the hospital. Sally and Ray both got tested for a panel of drugs and were found to be using steroids, which coined the name of the case as the roid rage killing.

In 1996, Sally was ultimately charged with second-degree murder charges for Ray’s death. She was sentenced to 19 years to life for her conviction.

Netflix took to its YouTube channel to upload the trailer for the upcoming movie Killer Sally, set for premiere on Nov. 2. It will take a deep dive into the puzzling murder of bodybuilding champion Ray McNeil by his wife Sally, who also led a bodybuilding career in her own right.

“Sally claimed it was self-defense, a split-second decision to save her life,” Netflix said in its synopsis of the Killer Sally. “The prosecution argued it was premeditated murder, the revenge of a jealous and aggressive wife. They called her a ‘thug,’ a ‘bully,’ a ‘monster.’

The media referred to her as the ‘brawny bride’ and the ‘pumped-up princess.’ Sally says she spent her life doing whatever it took to survive, caught in a cycle of violence that began in childhood and ended with Ray’s death.”

Sally and Ray’s son reflected on the horrors during the preview.

“I remember how torturous it used to be to have to sit there and watch him abuse my sister and to know that I was next.”

The three-part docuseries will feature interviews with friends, family, and Sally McNeil herself as they uncover a bodybuilding couple’s rocky marriage that ended in a fateful Valentine’s Day murder.

You can watch the full trailer below:

Florida fitness coach Tammy Steffen has been sentenced to prison. This comes as a result of her faking a kidnapping....

Kelly Ryan spent the past 9 years in prison after serving two consecutive terms of 3-13 years. On Tuesday 24th...