CrossFit LLC recently fired Dave Castro who worked as the General Manager since 2007. 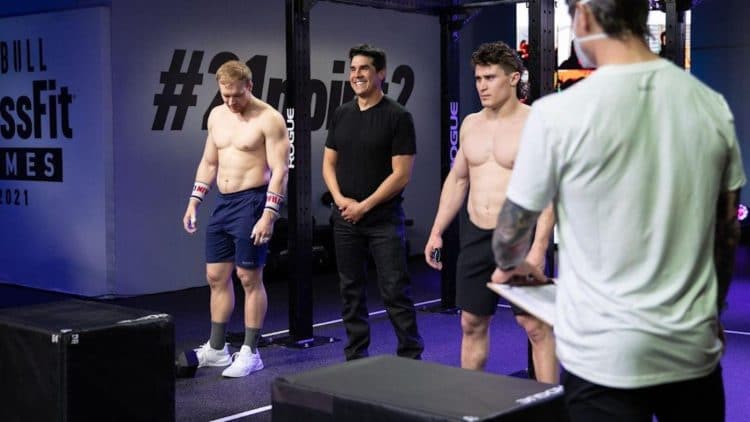 After hearing that he would no longer be working for CrossFit, the former Games Director took to Twitter with curiosity. Dave Castro founded many of the exercises used in CrossFit today, and wonders if his exercises will still be used going forward.

I wonder if they are still going to use my open workouts?🤷🏻🤷🏻@CrossFitGames

“I wonder if they are still going to use my open workouts?

READ: Dave Castro Fires Back At Mat Fraser’s ‘Blatant Lies’ About Him On JRE

News of Castro’s firing certainly came out of left-field. With the 2022 Games set to take place in just around 7-weeks’ time, Eric Rosa sent an internal email explaining the company’s decision to part ways with the long-time executive.

CrossFit Thanks Dave Castro After Firing Him

It appears that Castro’s exercises will still have some bearing on the sport. With the intention of preserving the heart of the Games, the company released an official statement regarding the firing of Dave Castro. The Games social media account shared a heartfelt message to Castro and accredited him for his invaluable contributions to the sport.

“Dave Castro is the founder of the CrossFit Games. His contributions and creativity have inspired many to bring CrossFit into their lives and challenge their limits.

He set a historic tone for the Sport of Fitness, and his innovations are woven into the fabric of CrossFit Training, the art of programming and the CrossFit affiliate community.

We understand and acknowledge that change is difficult and that this will be an emotional time for many. We are listening to both our internal teams and the community.

We are here to preserve the heart of CrossFit and help lead our sport into the future.

With the departure of Castro, CEO Eric Rosa promoted Justin Bergh to be the new Games Director. Bergh has been with the company since 2006 and started his own Southside affiliate in Jacksonville, FL. While Bergh was the General Manager of CrossFit in 2013, his position changed in 2021 when he assumed a new role as VP of Sport and Partnerships.

With the recent firing of Dave Castro, CrossFit is on the precipice of some big changes in 2022. Since Castro designed the programming on at least 15 occasions, it will be fascinating to see which are implemented at the upcoming Games expected to take place in 7-weeks.

Jeff Bezos Shows Off Muscular Physique At 57 in Recent Photos

Another 2022 CrossFit Semifinals weekend came to an end with an incredible strength exhibition. The 2022 Far East Throwdown took...

Week three of the 2022 CrossFit Semifinals has concluded with the 2022 Granite Games and the 2022 Far East Throwdown....

The second weekend of the 2022 CrossFit Semifinals has concluded, so we just got another batch of athletes for the...