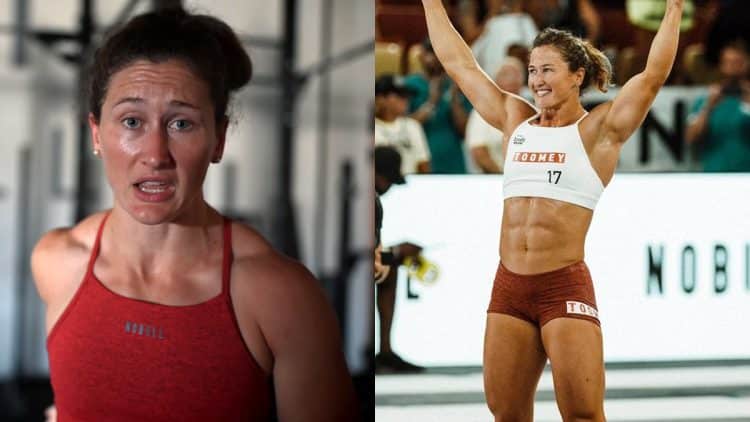 As one of the most accomplished athletes in CrossFit, Tia-Clair Toomey had another sensational run at the 2022 NOBULL CrossFit Games. However, in a recent video uploaded on her YouTube channel, Toomey shared her thoughts on the recovery from a back injury she suffered before the tournament, which could have altered the situation drastically.

Toomey is coming off a historic win at this year’s edition of the CrossFit Games. She beat the record of five-time Fittest Man On Earth®, Mat Fraser, and became the first woman ever to take home the top prize six years in a row. Toomey stepped away from CrossFit for a brief period to explore bobsled in the hopes of qualifying for the Olympics. She was not successful in doing so and her new venture casted doubts over her participation at the games. However, she made a successful comeback to win $310,000, as part of the highest total athlete payout in the company’s history.

Upon making a swift comeback to CrossFit, Tia-Clair Toomey had very little time to make all the necessary adjustments. She finished second in the 2022 CrossFit Open, but came out victorious in all the following stages of the season. This includes the 2022 CrossFit Quarterfinals, 2022 Torian Pro Semifinal, and ultimately the Games.

In a recent video uploaded on her YouTube channel, Toomey shared her recovery process from a back injury that could have kept her out of the 2022 CrossFit Games.

“I had a full month off. Truthfully, leading into the games, I actually had a really bad back injury. So, it’s really been just about managing that. It was giving me quite a lot of feedback and it was affecting my training in the lead-up to the Games.

Toomey revealed that she was not sure if she would be able to make it to the games.

“Two weeks before the games, Shane and I were wondering if I could even compete. I’m just so grateful, it was a huge relief to actually compete and get through the games. I’m really taking this off-season seriously, like very slowly easing into it and making sure I’m actually getting my back in full form.”

Tia-Clair Toomey will be back in action later this year at the 2022 Down Under Games, scheduled for Nov. 18-20. She will switch gears from individual competition to participating in the team division. This will be an opportunity for her to add a different kind of achievement to her already stacked resume.