After looking super trim recently, Hafthor Bjornsson revealed that he has lost over 110lb while preparing to box Eddie Hall 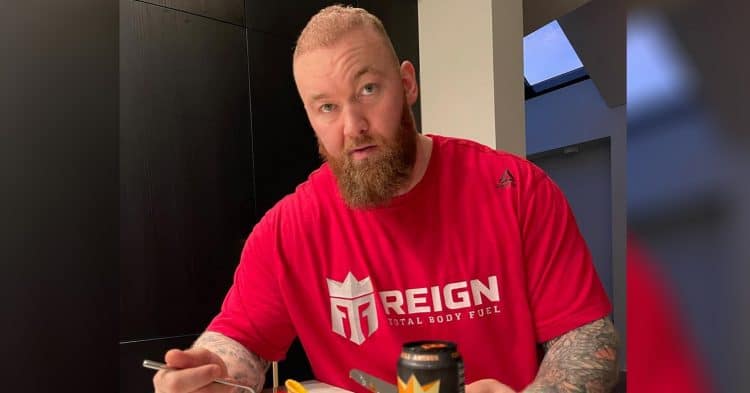 The last few months have seen Hafthor Bjornsson looking better than ever. Now he reveals just how much weight he has lost while training for his boxing match with Eddie Hall, and the results are shocking.

After he scored a world record setting, 501kg deadlift, Bjornsson revealed that he had accepted a boxing match with fellow strongman and rival Eddie Hall. From that post on, both men have been grinding away in the gym to learn this new craft and prepare to face each other next September. The results of this have seen both men picking up some decent technique, while dropping some serious weight at the same time.

The last few moths have seen us tracking the weight loss progress of Hafthor Bjornsson, and a recent update from him revealed some shocking news. Every time that Thor is seen, he appears to look more slender than the last, but it had been a minute since it was revealed how much he was weighing. However when the question was posed to him while he was streaming on Twitch recently. Here he revealed that he was weighing about 156kg (343.9lb), having dropped a crazy amount of weight.

“How much do you weigh right now after the boxing training,” Bjornsson said, reading the question from his comments. “I currently weighing around 156 kilograms, roughly.”


To put this in perspective, when Bjornsson did the aforementioned world record deadlift, he weighed in at 206kg (454.1lb). That means that since May, he has lost an awe-inspiring 50kg (110.2lb), which is absolutely insane to see. The progress is absolutely written all over his face, as each time he posts an update he looks noticeably thinner.

Nevertheless it is still crazy to realize that he has lost over 110lb in just over seven months, and he still has a long way to go until his training for this boxing match is finished.

Now it is important to note that there is more to the chances of Hafthor Bjornsson to beat Eddie Hall than just losing weight. While this will surely help with mobility and cardio, he still needs to learn how to box in order to find success.

He has been working on that too, bringing in the likes of UFC Hall of Famer Bas Rutten to help him hone his craft, and he will have an exhibition match before fighting Eddie. With still nine months to go until they meet in the ring, it will be interesting to see how these guys continue to improve.