Following his 2018 heart-transplant surgery, powerlifter CT Fletcher showed some of the side-effects that come with his anti-rejection medication. 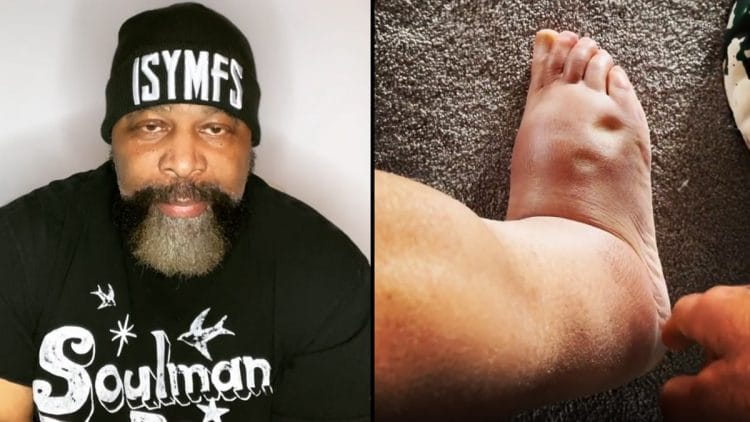 CT Fletcher was one of the most popular YouTube sensations in 2010 but made a name for himself through his storied powerlifting career. However, after suffering a heart attack that left him disabled, Fletcher continues to inspire with a new heart despite the side effects caused by his anti-rejection medication.

During his time powerlifting, the “Superman from Compton” acquired a total of six world championship titles. In addition to social media work, Fletcher is also a successful entrepreneur and started his own gym called the Iron Addicts Gym in 2016. Fletcher has gym locations in Miami, Los Angeles, and Las Vegas.

At 42 years of age, Fletcher suffered severe damage to his heart in 2001. In 2005, the athlete underwent open-heart surgery that resulted in his life being saved. Then Fletcher suffered a major heart attack in 2017. Following the misfortune, just one year later, the powerlifter would have heart-transplant surgery to rectify his ongoing hereditary condition.

A documentary entitled; ‘Last Will & Testament’ directed by Corrado Caretto details the harrowing struggle Fletcher and his loved ones dealt with. As a champion in powerlifting, Fletcher was unaccustomed to relying on people to accomplish everyday activities, but the experience molded him into the inspiration he is today. Years following his heart transplant, the legend admits that he is still grappling with the side effects of his anti-rejection medication designed to preserve his new heart.

CT Fletcher has continued to make progress after acclimating to life with a new heart. The powerlifter shared an inspiring message on his Instagram attempting to instill hope in those who suffer from similar conditions.

“SOME PEOPLE ACTUALLY LIKE FEET
I’M NOT ONE OF THOSE PEOPLE,
EVEN WHEN MY FEET AREN’T SWOLLEN, I DON’T LIIKE LOOKING AT THEM
BUT A YOUNG MAN ASKED IF I UNDERSTOOD HOW EDEMA OR SWELLING CAN HAMPER HIS WORKOUT,
I SAID YES SON, I UNDERSTAND VERY WELL.
ITS A COMMON SIDE EFFECT OF ONE OF MY ANTI-REJECTION MEDS,
BUT IT MAKES WEARIN SHOES ALMOST IMPOSSIBLE
MY FEET ARE GROSS, AND I APOLOGIZE FOR POSTING THIS,
BUT ITS FOR THE FOLKS WHO MIGHT BE EXPERIENCING THE SAME THING,
JUST TO LET’EM KNOW, THEY ARE NOT ALONE
AND….ITS STILL THEIR MUTHA FUCKIN SET!” CT Fletcher said.

Some of the side effects caused by his anti-rejection meds are inflammation and edema that collect in his feet. The swelling is caused by access fluids building up in tissue and can occur anywhere on the body.

Over the years, CT Fletcher hasn’t stopped working to make a full recovery. At one point, the powerlifter was unable to complete even one push-up. Just a year after his 2018 surgery, Fletcher managed to complete 25 push-ups and demonstrated that his experience and passion for fitness remain important to his life.

Fletcher shares details about his personal struggles to inspire and motivate individuals dealing with similar hardships. While the powerlifter was blessed to receive a new heart, it appears the side effects of his anti-rejection medication still play a part in his inability to perform daily tasks.