With the 2020 CrossFit Games upon us, veteran athletes and CrossFit enthusiasts have taken on the first scheduled event to show others what it is all about. 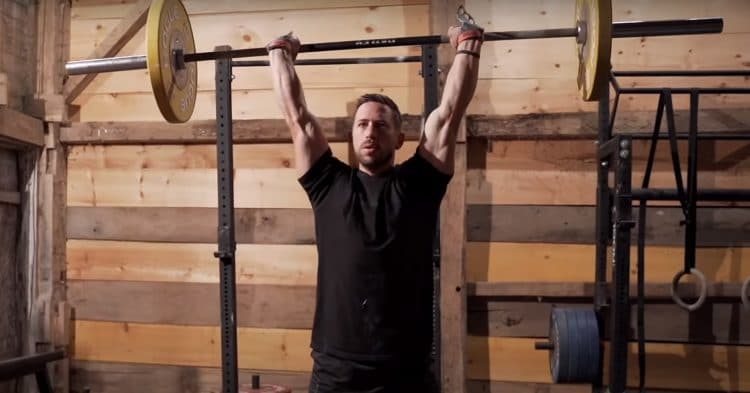 The Friendly Fran is a remix of the original Fran CrossFit exercise that is touted as being more challenging and more intense – even for veterans to the games. In preparation for the upcoming 2020 events, which are being conducted virtually for stage one, Dan Bailey, along with several veteran athletes and CrossFit enthusiasts took on the first event – and showed impressive skills and abilities.

Eric Roza took on the event, using the specifications of the original Fran (95lbs for men), and offered an impressive showing via the Games YouTube channel. However, he was not the only CrossFit competitor who wanted to show off his abilities. To show off his athletic prowess, Dan Bailey posted a video to his personal YouTube channel of him taking on the Friendly Fran.

Baily is a five-time competitor in the games, and the video showed he still had what it takes to be a top contender this year. With the additional 20 pounds of weight required and extra reps, compared to the original exercise, Bailey still had an impressive showing, completing the activity in just 5:16. Compared to Roza’s time of 8:43, this gives fans a better idea of how the competitors will fare this year.

According to Bailey, the smoother you can be with the reps, the better time you can achieve. There is no need to pound out reps like what is required with the original Fran. Bailey completed the entire first round of reps unbroken to see how this would affect the rest of his workout. For round two and three, he broke up the exercises into several sets. This allowed him to see the impact of the reps with and without breaks.

Bailey also made it clear that the Friendly Fran is an entirely new beast from the original Fran and requires new strategies and a goal-oriented mindset. There’s no question this video is a great way to kick off this year’s games.

The CrossFit community is now mourning the loss of an amazing athlete, trainer, and friend, Kelly Brown, who recently lost...

Newly appointed CrossFit Owner and CEO, Eric Roza provided the CrossFit community a glimpse of what’s waiting for them at...