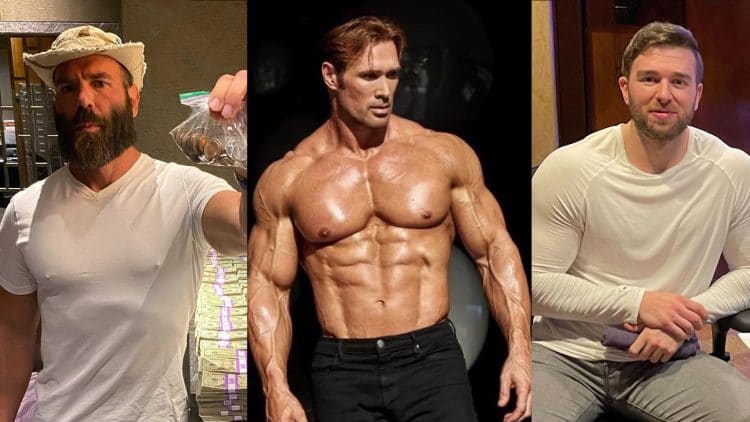 Dan Bilzerian recently shared his thoughts on Actor, powerlifter, and bodybuilder Mike O’Hearn. At 52 years of age, Mike O’Hearn is in unbelievable shape and maintains an incredibly ripped physique all year round. Many of us find it hard to believe that someone can have a body like O’Hearn and maintain it in the later stages of life while being a hundred percent natural. However, O’Hearn claims to never have used steroids or any other substance to enhance and maintain his physique.

Dan Bilzerian doubts O’Hearn’s claims of being all-natural. He voiced his opinions in a rather blunt manner during a recent podcast on the YouTube channel More Plates More Dates. The channel has gained popularity in recent times for its take on steroids use in the sports, fitness, and entertainment industry.

Bilzerian stated that he finds Mike O’Hearn’s claims ‘comical’ and even argued that they have a negative effect on the minds of people that follow him.

“I don’t get it, man. Give me that man’s genetics, please beloved god. Hat’s off! Much respect to him. Aside from (the fact that) he’s lying about his juice use which I think is comical at this point. But the problem with it is, I don’t give a f* about what you do. I don’t care but the problem is like if you’re Mike O’Hearn and you look like a Greek god at 50 or whatever age he is – like a grandpa age. You’re trying to tell people you’re natural.”

“It just f*s up the confidence of a lot of guys that are out there even (those) on steroids – probably those guys the most, right? This guy is jacking all this energal and all this sh*t and can’t even get close to what (Mike O’Hearn) is looking like and lifting on top of it,” Dan Bilzerian said.

Bilzerian’s comments on Mike O’Hearn are borne out of the belief that people generally cannot build or hold on to muscle after a certain age when the body function starts to decline. While many people of Mike O’Hearn’s age resort to TRT and steroids, there is no evidence to suggest that about O’Hearn himself.

On top of that, none of Mike O’Hearn’s drug tests during his days as a competitive bodybuilder and powerlifter have come back positive. Mike O’Hearn is no stranger to steroid allegations and usually attributes his success to consistent efforts and the environment he grew up in.

Born in 1969, Mike O’Hearn has had a successful career in the modeling and fitness industry. He is a 4-time Mr. Universe and 4-time California powerlifting champion in addition to being a strongman and California Judo champion.

O’Hearn has acted in several movies and television series and has featured on over 500 magazine covers. At 50 years of age, Titan is still going strong. Mike O’Hearn’s short powerlifting and bodybuilding career saw him participate in four competitions. He last competed at the 2015 NPC Washington Ironman and finished first.

The 14 Best Rowing Workouts for Fitness and Fat Burning