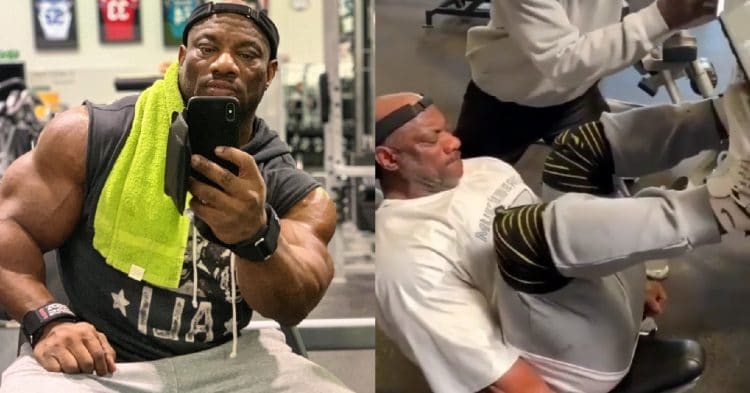 With the possibility that this could be his final year as a bodybuilder, Dexter Jackson is looking to go out with a bang. In an effort to do that, he was recently seen going hard on his leg day training.

Coming into 2020, Jackson fully expected this year’s Olympia to be the final competition for the veteran of nearly three decades. However he has since been walking these comments back in recent weeks, given the circumstances going on in the world. He has some reservations about the idea of retiring with no crowd there to see him at his final show, which is likely going to be the case with the 2020 Olympia.

Nevertheless, Dexter Jackson seems to still be training as if this will be his last rodeo. Working alongside the famed Charles Glass, he seems to be doing what he can to bring the best package possible to the stage for his 21st appearance at the Olympia. This effort was seen big time when Glass posted to his Instagram, showing the pair getting to work on the leg press.

“My approach to legs is different from many people’s in that I do quadriceps and hamstrings on separate days.

Both sides of the legs require intensity and a high volume of sets to ensure hypertrophy.

If your quads are trained properly, you will not have the energy to train your hamstrings effectively in the same workout.”

Now as Glass says in the post, this was shot before things went crazy in the world. Regardless it shows how hard the pair work together, which has led Jackson to have a pretty impeccable physique, even at 50 years old. It isn’t just the legs that he focuses on either, of course. Here he is just a few days ago, with a more recent session of shoulder and arm work, with some pulldowns.

We will have to wait and see if this does end up being the last time Dexter Jackson competes. Regardless he is putting enough energy into the gym, that it is clear he is giving this his all.