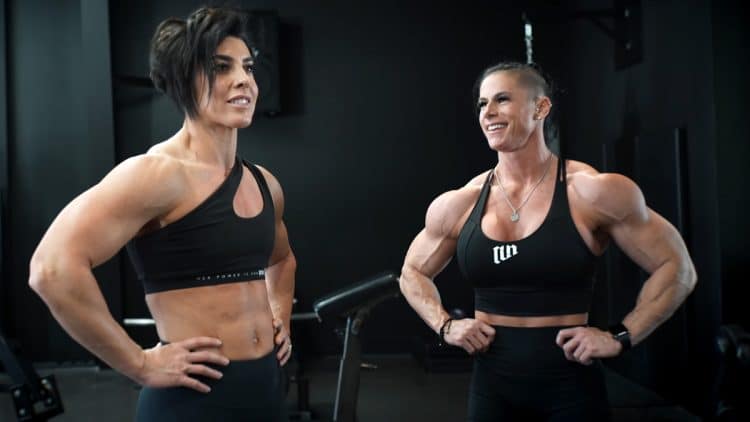 IFBB Pro Dana Linn Bailey has a knack for detail inside the gym, which has become one of her strongest attributes. In a recent YouTube video, Bailey joins Kristen Nun for a series of arm exercises that target the biceps and triceps.

Women’s Physique bodybuilder Bailey earned her IFBB Pro card after securing first place at the 2011 NPC Junior USA Championships. In 2012, she participated in Desert Muscle Classic and scored 4th place. In addition to her built physique, Bailey understands the finer details of posing on stage. At her next outing, Bailey entered the 2012 New York Pro, a competition she struggled at, ultimately landing in 16th place. In 2013, she took part in the Tampa Pro, got 2nd place, and in Dallas Europa she emerged victorious. Later the same year, she stormed the biggest stage in bodybuilding, Mr. Olympia where she placed in 1st place.

She returns to 2014 Mr. Olympia, proving many of her doubters wrong, she earned second place at the prestigious event, behind Juliana Malacarne. Once again, she participated in the 2015 Arnold Classic and earned 2nd place. After that, Dana got busy with her business endeavors.

With a change of pace, Dana joined Kristen Nun to train arms.

“I’m training arms for the first time in eight years. Like literally eight years. So, who else would I train arms with besides the mighty python arm herself, Kristen Nun, is going to take me through her arm day because she does train arms. So, we are going to do some bis, tris, and we got a bicep finisher and a tricep finisher at the end.” Dana Linn Bailey says.

For the first movement, Nun introduced alternating bicep curls and recommended four sets of 12 reps each.

“12 is perfect. Shoot for 15. 12 aim for the sweet spot right before the contraction. Nun explains.

Nun moves Bailey to single arm cable curls next and emphasizes the importance of squeezing with maximum strength during each rep. For their second exercise, they practiced four sets of 10-12 reps.

“Now we’re just going to squeeze. These are going to be nice squeezes. Try to squeeze. We’re going to over exaggerate every rep. Squeeze. Sometimes I put my hand here (points to bicep) because I like to feel it. Getting that [mind muscle] that’s right. You’ll like this one. Squeeze every time. Probably about that 12 range. Kristen Nun said.

In what was easily one of their most demanding movements, Nun and Bailey practiced concentrated preacher curls for four sets of 12 reps, with the last set being a negative finisher.

“I’ll actually get my arms, and I’ll tuck myself in here (into the machine) depending on what the weight is, I’ll put my whole body basically straight, to really get it concentrated here [in the arms].” Nun told Bailey.

Nun prefers to dig her armpits downward in order to maximize her contraction.

For the last movement, Bailey and Nun utilize behind body/cross body hammer pushdowns. However, Bailey explains that they modify their angles during each set to get a burn in the triceps.

After the grueling workout routine, Bailey added that she might start training arms regularly again.

“I think you’ve inspired me to train arms again. I do a lot, I do so much on like chest day and back day, that I’m just like ‘oh they got enough, whatever.’ But I don’t know, feel good, feel pumped.” Bailey shared.

Despite spending time away from some of bodybuilding’s most prominent stages, it’s clear that Bailey still approaches training sessions with the same vigor she had at previous shows. Bailey appears to have a newfound appreciation for arm day, courtesy of Kristen Nun.