A foot injury from day one prevented Shane Flowers from continuing his performance at the 2022 WSM. 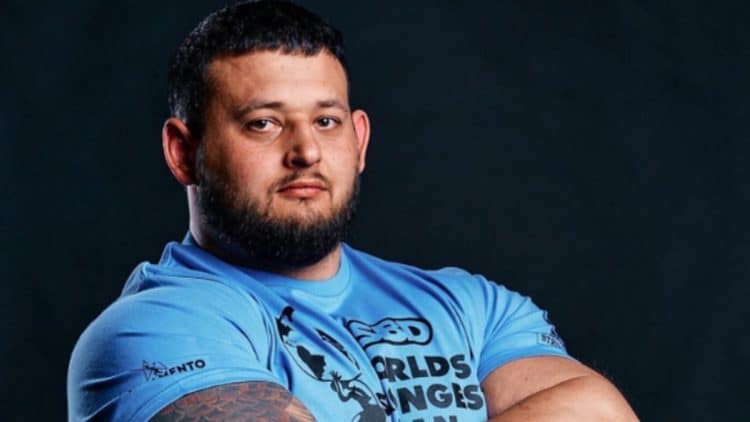 Currently, the second day of World’s Strongest Man 2022 is underway, but some unfortunate news has been announced After Evan Singleton’s return to the lineup today, it seemed like no one will be missing for the second day of qualifiers. However, the British strongman, Shane Flowers, has withdrawn from the contest. Shane suffered a foot injury on the first day, and despite his attempts to continue, it has taken too big of a toll on him. This is how he described the injury yesterday:

“Unfortunately painful before it even started. My left foot is currently double it’s normal size.”

Despite injuring his foot on the first event of the 2022 World’s Strongest Man, Shane decided to attempt the second event. He was very successful, as he pulled four deadlifts, which all weighed over 300 kilograms, in just over half a minute.

Shane Flowers announced on his story that he will be competing on day two, but the official Instagram account of WSM revealed his withdrawal.

The Loading Race appears to have injured a few athletes, but Shane Flowers is the only one who will not continue competing. Evan Singleton withdrew last night, but felt better today and decided to come back.

This was Shane Flower’s debut at the World’s Strongest Man, so it is sad to see it cut short. However, he has proved in the first two events that he belongs there, so we will undoubtedly see him again. Shane earned his invitation by finishing fourth in the 2022 Britain’s Strongest Man. He then followed that up with a fifth-place finish in the 2022 Europe’s Strongest Man.

The second day of the competition is well underway and you can follow the results by clicking here. The events on today’s schedule are the Car Walk and Log Lift.

We already saw Tom Stoltman and the newcomer, Mitchell Hooper, continue their flawless win streak in their groups. Besides them, the surprise of the competition seems to be Brian Shaw, as he is currently in a shared third place after three events.

Oleksii Novikov, Martins Licis, and Luke Stoltman are all putting up incredible results, and winning their groups. Judging by the early stages of qualifying, the finals will be stacked and multiple athletes are candidates for the first-place finish.

Shane Flowers must feel awful right now, as this was all he aimed for. However, the severity of the injury is not yet known, so hopefully, it won’t keep him out of action for too long. You can keep following the live-action of the 2022 World’s Strongest Man here on Fitness Volt.

We are witnessing history in the making, and Tom Stoltman is the main protagonist of this story. After becoming the...