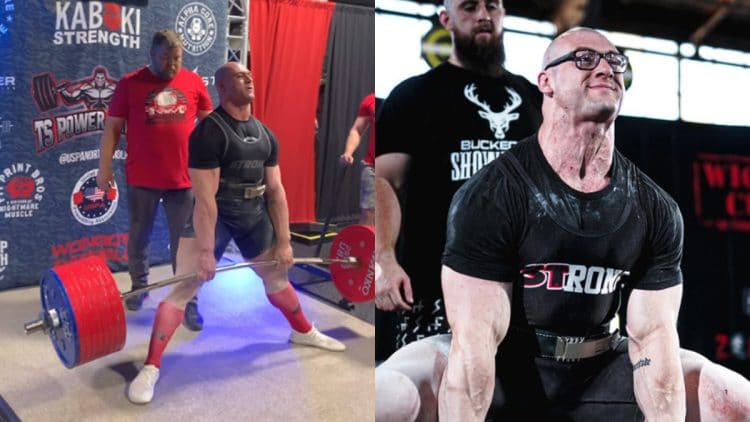 Danny Grigsby is known for dominating the deadlifts in the 125 kg weight class. However, he has now gone even further and posted the heaviest raw deadlift in the history of powerlifting. Danny competed in the 2022 USPA Virginia Beach Classic 2 event, which took place on March 26th, 2022, in Virginia. He deadlifted 465 kg (1025 lbs), which is 4.6 kg (10.1 lbs) heavier than the previous heaviest raw pull in a powerlifting competition. The record was held by Benedikt Magnússon, and he set it at the 2011 Hardcore Clash of the Titans IV.

Danny Grigsby competed in the 140 kg weight class at this competition. All three of Danny Grigsby’s deadlifts were successful, and each attempt was a new record in the same weight class. His pulls were also raw, as he only used a lifting belt. Danny deadlifted with a sumo stance and a hook grip. He also squatted 275 kg (606.3 lbs) and bench pressed 200 kg (440.9 lbs) at the same competition.

You can watch Danny’s deadlift here:

At just 28-years-old, Danny Grigsby became one of the greatest contenders for the 500 kg deadlift. Only two men have been capable of pulling that much weight until now, and both are former Strongman athletes. Eddie Hall was the first one as he lifted exactly 500 kg (1002.3 lbs). Hafthor Björnsson then claimed the World Record by deadlifting 501 kg (1004.5 lbs).

Alongside Danny, Jamal Browner looks like the only other powerlifter who could potentially hit the milestone. A few more Strongman athletes are chasing the 500 kg deadlift, but Ivan Makarov and Peiman Maheripour seem closest.

Danny Grigsby is one of the greatest deadlift specialists in the world. His first powerlifting competition was back in 2013. Since then, Danny has taken part in 14 sanctioned competitions, and won 11 of them. His greatest success is setting the heaviest raw deadlift ever and World Records in the 125 kg and 140 kg weight classes.

Danny Grigsby’s move to the 140 kg weight class has been very beneficial to him. Not many people have expected to see the new heaviest raw deadlift in history, but Danny worked hard and it paid off. This is his first competition of the year and it will undoubtedly give him some momentum to further improve.