The WWE legend will be moving on to other things after a very successful wrestling career. 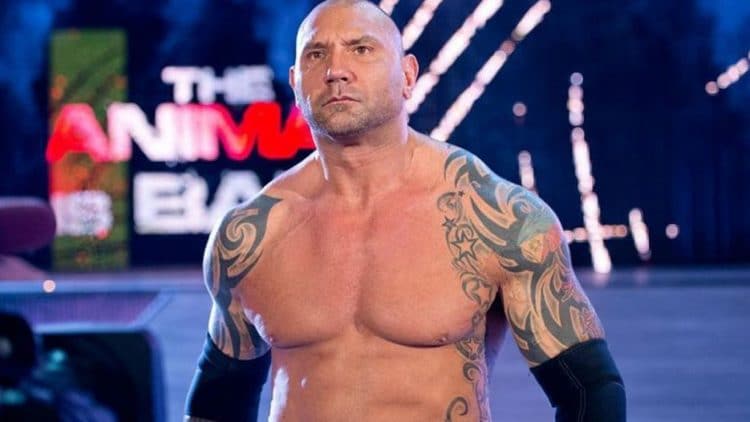 Dave Bautista, also known as Batista in the WWE, has officially announced his retirement from professional wrestling after Wrestlemania 35 where he lost to Triple H. Now, Bautista signed with the WWF (Now WWE) in 1999 and from that point he’s had one of the most accomplished careers ever especially since he held the title of heavyweight champion longer than anyone else.

But, all good things come to an end eventually. However, Bautista will now be putting his time into another passion of his which is acting and he’s been doing it since 2006 with several roles in big films like Riddick, Guardians of the Galaxy, Blade Runner 2049, and Avengers: Infinity War.

But now he must say goodbye to sports entertainment and at age 50, it makes a lot of sense since it takes a lot physically to keep jumping around and getting slammed on a hard surface.

“To all the @wwe fans across the world that gave me the opportunity to suspend your disbelief, thank you. From the biggest part of my heart thank you for letting me entertain you. Tonight was my story book ending and I wanted to leave you with all I had to give. I’ll miss this theater of violence more than I can express in words but I am officially retiring from Sports Entertainment. I’m proud of what I’ve accomplished, I leave in great health, and without a doubt the show will go on. I had a hell of a run. Thank you for the journey “

Dave Bautista will be missed by his many fans in the ring but the good thing is he’s still going to be around for many years on the big screen so be sure to keep up with his new projects like his newest film Stuber which will hit theatres on July 12.

Check out the trailer here:

The multi-talented Dave Bautista has dominated a number of different career paths while maintaining an incredible physique. In a recent...