Watch a Day In The Life Of Tia-Clair Toomey, Fittest Woman On Earth®

Tia-Clair Toomey shows how busy the final stages of CrossFit Games prep get. 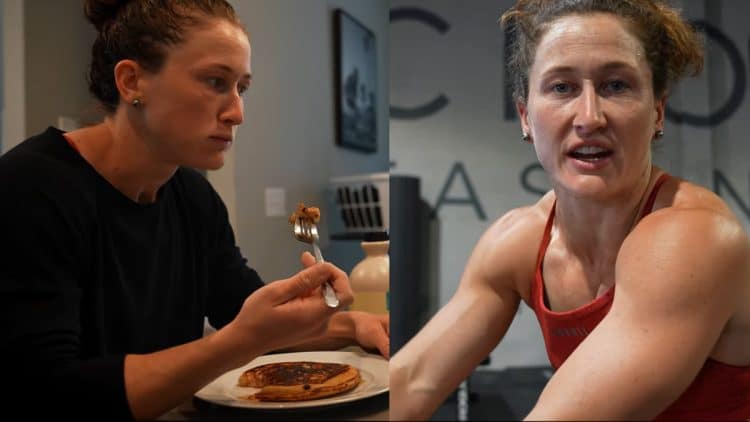 As the 2022 CrossFit Games are coming up, increasingly more attention is directed towards the reigning and 5x champion, Tia-Clair Toomey. She will try to make history in Madison this year by becoming the only athlete with six CrossFit Games titles. In the lead-up to this contest, Tia-Clair shared her daily diet, the equipment she uses, and a day in her life. She revealed what her day looks like on July 28, via YouTube.

Tia-Clair Toomey has a few more days to prepare for the 2022 CrossFit Games, so she is going all out in her training session. An incredible 13-hour training day is shown in the video. Being the greatest CrossFit athlete requires that level of dedication.

Day In The Life

Tia-Clair Toomey starts her day by waking up around 5:30 AM and making herself a cup of coffee. Immediately after that, Tia-Clair heads to the swimming pool for a 50-minute session. Having done this for the past ten years, Tia-Clair explained how she remains focused and motivated.

“I think it’s just been ingrained in me to do it. I used to do this back in the day with dad, like this was something… Don’t get me wrong, I don’t really like getting up early, but I really feel good afterwards.”

Following the swimming session, Tia-Clair Toomey went home to take a shower and get some pancakes to eat. In the hours before her next session, she rested and read her emails.

During her second training session of the day, Tia-Clair Toomey worked on her speed and agility. She is currently enjoying this session the most.

“I think that doing different sports, learning different skills is very beneficial… At the CrossFit Games they expect you to just adapt and learn on the go. I don’t feel exposed, you know I feel quite comfortable.”

With many exhausting sessions, Tia-Clair Toomey has to focus on keeping her food intake up to par. So, following her agility session, she ate a snack while waiting for her husband/coach, Shane Orr. Tia-Clair Toomey then went straight to the gym, where she performed some heavy clean and jerks. In addition, she performed some handstand walks, deadlifts, pushups, Echo Bike intervals, and more.

“I think that the beauty of CrossFit is that we aren’t always doing the same thing.”

After training for the day, Tia-Clair Toomey takes an ice bath to recover.  It is impressive to see how intense the final stages of CrossFit Games training get, but it also becomes more clear how Tia-Clair remained the best athlete in the World.

Tia-Clair Toomey is definitely the favorite for yet another CrossFit Games victory this year, having won the 2022 CrossFit Quarterfinals and the 2022 Torian Pro Semifinal. The beginning of the season looked very unpromising for Tia-Clair since she had to make a transition from bobsled. Her commitment to CrossFit allowed her to quickly rebound and now she is aiming to break the most prestigious record in the sport.

How to Do Isometric Biceps Holds for Bigger Arms