Dexter Jackson discusses the physique Nick Walker brought to the 2021 Mr. Olympia, and his battle with Hunter Labrada 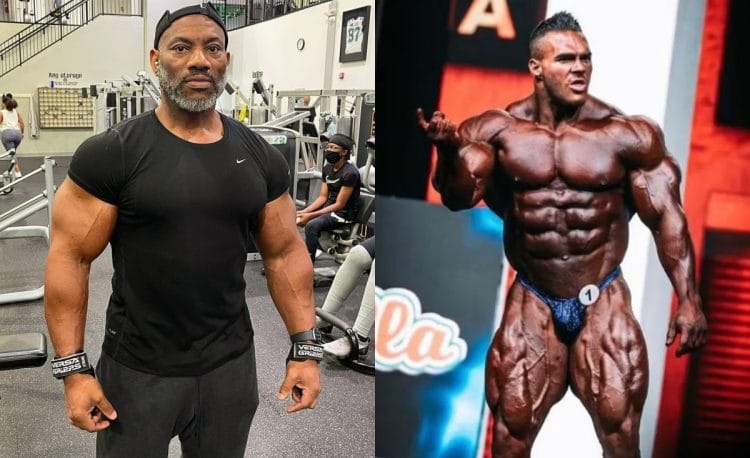 In one of the most impressive starts to a bodybuilding career, Nick Walker won the New York Pro and Arnold Classic, before coming fifth in his first Olympia appearance. However 2008 Mr. Olympia Dexter Jackson believes his physique is not very pleasing to the eye.

This was the first time in a long time that Jackson was not on the lineup for the Olympia roster. He retired after last year’s competition, and even though he is still constantly in the gym, and is in phenomenal shape, he is sticking to his guns and not competing at 51 years old.

However he still watched the 2021 Olympia and had some thoughts about the contest, namely the battle that occurred between fourth place Hunter Labrada and fifth place Nick Walker. Speaking in a recent interview, he praised the former, saying that this was one of the rare cases with the son of an athlete is better than their Hall of Fame father.

“Hunter really shocked me. I did not have him in the top five going into this show, so props to him. He looked amazing, could be tighter, all these guys could be tighter, but he brought his best,” Jackson said.

“Definitely he was better when he first came out and did the first callouts in the first round. So I think he has a bright, bright future. He shocked the s—t out of me, to be honest with you… I think if he keeps doing his thing and comes in with better conditioning than he is now, 20-30% better, he could win the Olympia. Then there’s your first person I’ve ever known that has been better than their Hall of Fame father.”

That said, Dexter Jackson was not necessarily as impressed as others, with the package of Nick Walker. Although he admitted that the run Nick has been through over the last few months is unbelievable, he says that Nick does not have a very aesthetically pleasing physique.

Nevertheless, Dex knows the type of hard work that Nick puts in while training, and says that this is nothing to scoff at. He just believes that Hunter was deserving of scoring above Walker at the 2021 Mr. Olympia, based on the shape of the two’s physiques.

“I think how Hunter beat him is probably because of his shape. Nick doesn’t have a very pleasing physique,  but what I do like about Nick, is he is a f—king hard worker. That boy works, and he believes in himself, he believes he can actually win,” Walker said.

“He’s got a ton of muscle, he don’t need to get any bigger,” Jackson added. “If he gets any bigger then he’s playing with his future when it comes to him actually becoming Mr. Olympia or something like that. He needs to stay where he’s at, he’s doing fine, and keep on practicing on the condition and probably bring his legs up.”

What do you make of these assessments from Dexter Jackson? Do you agree with the judging between Nick Walker and Hunter Labrada at the 2021 Olympia?