Despite being nearly 60 years old, Dorian Yates showed that he is in tremendous shape by giving a glimpse at his abs 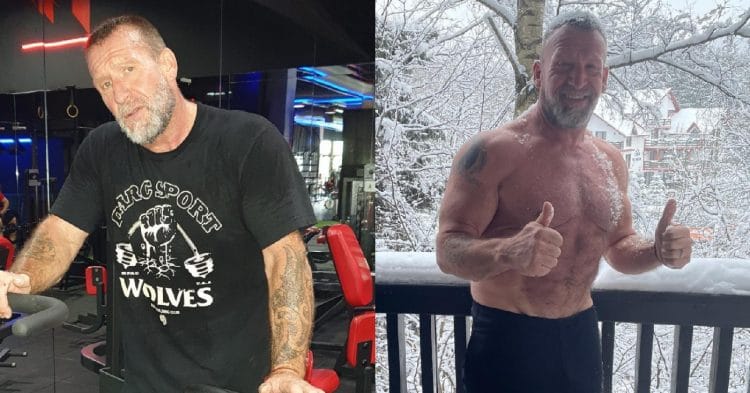 Over the years, Dorian Yates has been able to maintain some of the physique that made him a legend in bodybuilding. He showed off a bit of that frame recently, and it is quite impressive to see.

In his time at the top of the sport, Yates accomplished a ton to become one of the most beloved figures in bodybuilding. Although he has been known for ruffling feathers, he is equally represented by his tendency to speak his mind, regardless of what others may think.

Even in his retirement, Dorian has still maintained his relationship with the sport, regularly giving his thoughts on the relevant topics in bodybuilding. This is simply due to the sheer amount of respect that fans have for him, even at this point in his life.

It is not just intellectually that Dorian Yates is still a part of the sport though. He also regularly spends his time working away in the gym, and while he is not in stage condition, he is in pretty great shape and clearly keeps a major focus on his health.

A recent post to Instagram shared a bit of the shape he is currently in, and it is impressive to say the least. While enjoying his time in Romania, Dorian took a second to snap a shirtless photo, and it showed off the crazy six pack he has, even at 58 years old.

Scroll to the second picture to see his impressive physique.

Now this was not the most detailed glimpse of his physique, but clearly Yates is in impeccable shape for someone his age. His abs are evident and it makes it obvious that he is spending time and giving attention to his diet and fitness.

Typically, Dorian is not the type of guy to post training updates to social media, so it is hard to tell what his secrets are to maintain his physique. Although now he is doing a lot of work helping others reach their own goals with his DY Academy.

One thing that we do know, is that Yates likes to do cardio training. He is fairly often seen hanging out on a cardio bike, so naturally he gets some miles in here.

Without a doubt, Dorian Yates is a legend inside of bodybuilding. It is great to see him staying in shape like this, even well into his fifties. He looks better than some people do in their twenties