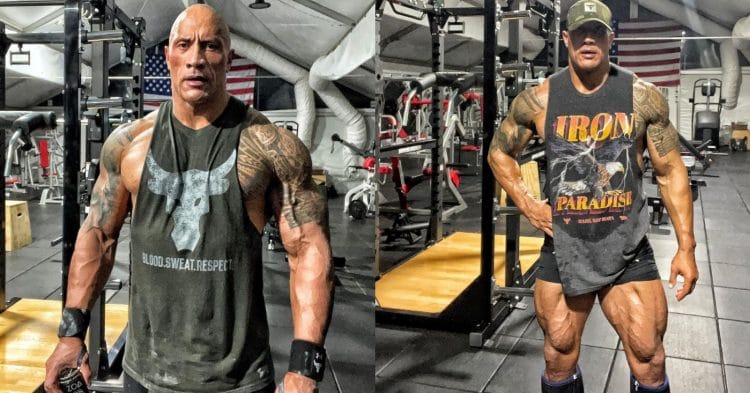 In case you have missed it, Dwayne Johnson is looking absolutely shredded ahead of his inaugural appearance as a super hero on the big screen. Now The Rock shares the breakfast he uses to help getting shredded for this role.

Over the last few months, we have see Johnson embark on a journey to get into super hero shape, for this massive role in the upcoming Black Adam movie. Set for release in 2022, the pro wrestler turned Hollywood behemoth has taken his already hulking physique, and gotten into what he has described as the best shape of his career.

However, as we all know, there is more to getting in shape than just the blood, sweat, and tears produced in the gym. There is also a need for a proper diet, especially if The Rock needs to cut down to look as shredded as possible on screen.

So taking to his Instagram, Dwayne Johnson shared the breakfast that he uses to help with the cutting process. Here he explained that he was about to enter the final week of production for the film, and so he has been dialing in his diet to get ready for showing his body on screen.

Mixed into his bowl, The Rock adds these ingredients together for his breakfast:

In addition to that, Johnson washes this down with a cup of extremely watered down brown rice oatmeal, in order to get extra carbs. He explained that this is a diet that has no sodium and limited water intake, that way his muscles look dry and full on camera.

“I gotta show my body next week, on screen, so the diet is really getting dialed in. We have pulled all the sodium, the water is limited,” he explained.

“There’s my breakfast. I know you’re like ‘Rock, what are you doing?’ I know. It’s all for the cause. You wanna raise the bar, the goal is to raise the bar with Black Adam.”

This is not the only thing that Dwayne Johnson has been doing with his diet to prepare for the end of filming this movie. He explained in an earlier post, that he had been eating about six meals a day to keep going while three weeks out from the end of the shoot.

Among these meals was a ground tenderloin and brown rice mix, topped with pineapples and broccoli. He included with this about 8-10oz of water, all of which being strictly monitored as he prepared to start the weight cutting process.

To be clear, Dwayne Johnson is always committed and ultra focused on keeping a wild physique. However the way he has been dialed in throughout this filming makes it seem like we are going to be seeing a completely new version of The Rock.

Fasting can offer a range of health benefits. While several fasting practices have existed for ages, newer research has confirmed...