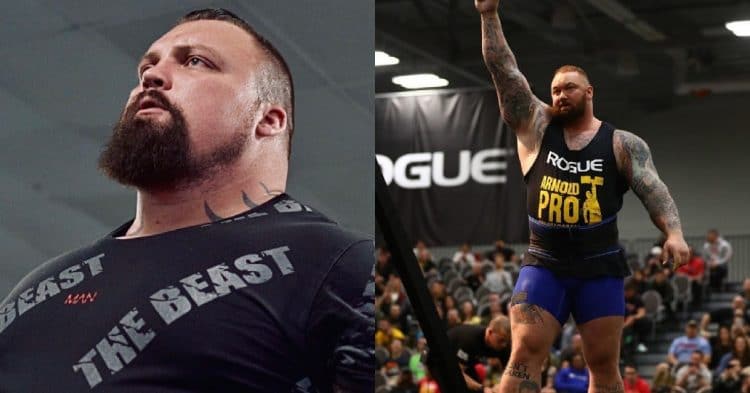 Eddie Hall does not see eye to eye with Thor Bjornsson about his 501kg world record deadlift attempt, to say the least. As for whether or not Thor can be successful with the lift, Eddie is still on the fence about that.

Hall is currently the holder of the heaviest deadlift of all time, sitting at 500kg. However, this is perhaps going to change soon, as Bjornsson looks to surpass that record with his own 501kg pull. This is being met with excitement by some, and disdain by others, including Eddie himself who feels this, will not count as an actual record.

Semantics of the lift aside, the bigger question comes down to whether or not Thor can actually hit the lift. Speaking with Brian Shaw in a recent Q & A session, this question was brought up to Eddie Hall. Not only that, but he was asked what the repercussions would be if Thor can not hit the lift, after all the drama that has been caused from the attempt.

Shaw was quick to say that it is definetly not a foregone conclusion that Thor will reach 501kg successfully. While he would not say he doubts Thor’s capabilities, he did ask what Hall thought of his chances. To be honest, Eddie was still undecided about it.

“From what I’m seeing for his training, I think he’s close. In my head it’s literally like 60-40, he’s not going to do it. It’s a four-to-six chance that he will do it. I think he’s a little behind from what I was, when I was training for the 500. But you know what, again it’s what can you pull on the day. So we don’t know, that’s a question mark.”

As for what it would mean if Thor Bjornsson fails the lift, Eddie Hall says it will mean nothing. However, he does say it could destroy Thor as a person, knowing that he failed the lift. Ultimately time will tell, and the whole world can watch it on ESPN.

Check out the full Q & A session below. The question about Thor happens around 14:20 in the video.