Eddie Hall responds to comments from Hafthor Bjornsson saying he is a bully, telling fans to stop saying rude things to his rival 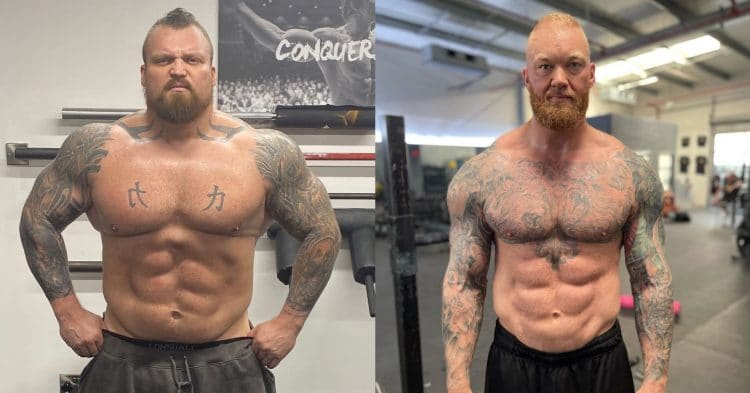 It is hard to deny that the beef between Eddie Hall and Hafthor Bjornsson is very real and very personal. However Eddie is now telling his fans to lay off with his comments against his rival, and let him handle things.

Hall and Bjornsson have not gotten along for years, even while both men were still competing in strongman. Then things amped up after they were booked to face off in a boxing match, with the two talking serious smack about each other over the roughly year and a half that has taken place since they agreed to fight each other.

However Eddie recently came under fire from Thor, who called him a bully for the things that he and his fans have said about the Icelandic champion. Taking to Instagram, The Beast responded to these comments, urging his fans to leave Thor alone online, and let them settle their beef in the ring, hopefully early next year.

“Strongman fans – I beg of you to please leave Thor alone, I am serious as well!” Hall wrote.

“I’ve never stood for bullying in any way shape or form. Perhaps i have got to him, and it was only to give him a taste of his own medicine. But he is now suggesting he feels bullied and therefore it asks the question: should i bully the bully anymore? The answer is of course no….

“He has had a taste of his own medicine and the final dose will be in the ring!!!” Hall added. “So folks – i appreciate the support but please dont be mean. Two wrongs dont make a right 🙏
Big Love
The Beast”

Eddie Hall and Hafthor Bjornsson were supposed to fight earlier this month, after more than a year of build-up. However when Eddie tore his bicep in training, Thor fought arm wrestler Devon Larratt instead, TKOing him in the first round.

The expectation is that the two will fight at the beginning of the year, with March being the target. However Thor explained while speaking on a recent podcast, that he does not think Eddie will show up for that fight either, going as far as to suggest that he hurt himself on purpose to get out of the fight.

“At least I fight. That fat guy, the only thing (Hall) does, is he is punching celebrities that he finds on YouTube. That’s the only thing he does,” Bjornsson said.

Hopefully Eddie Hall and Hafthor Bjornsson do end up fighting at the beginning of next year. This fight has been highly anticipated, and it will be exciting to see them come to blows.