The first workout of the 2022 NOBULL CrossFit Games has already taken its first victim. 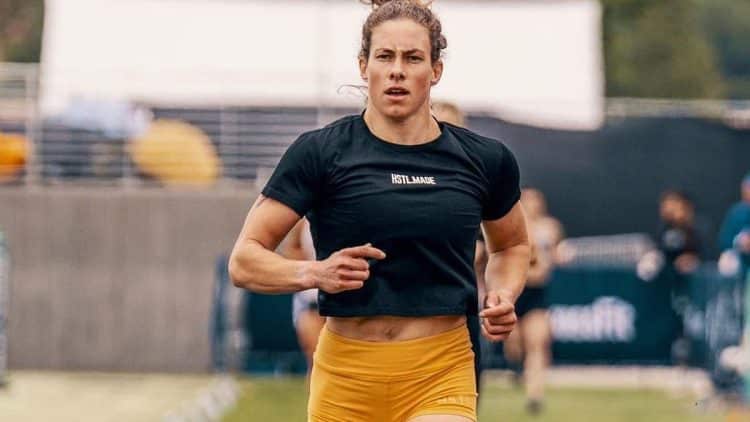 The 2022 NOBULL CrossFit Games started a few hours ago and will be taking part until Sunday, Aug. 7th. As the first day of the competition consists of four workouts, Emily Rolfe will not be able to continue after the first. The reason behind Rolfe’s withdrawal from the competition is currently unknown. Considering the fact that she put up a solid performance, it’s really unfortunate.

According to the caption of Emily Rolfe’s Instagram, she has taken part in four editions of CrossFit Games and even found some success. She won workout 10 of the 2021 CrossFit Games, after successfully completing 90 toes-to-bar and two 1.5-mile runs. Rolfe also claimed an impressive 15th-place finish last year.

As of this writing, the 2022 NOBULL CrossFit Games encountered some difficulties caused by bad weather, which caused some major delays. Some of the remaining workouts might have to be rescheduled for later days, since the first workout hasn’t been completed yet. Three more workouts were supposed to take place today, so we will see how the situation unfolds.

The first workout of the 2022 NOBULL CrossFit Games also caused some problems in the men’s division, as multiple competitors missed one of the bike laps and crossed the finish line earlier than they should have. CrossFit has not yet updated the rankings, but a lot could change once they do.

Individuals and teams will not compete tomorrow, but will return to action on Friday, Saturday, and Sunday. The 2022 NOBULL CrossFit Games will also experience one cut before the start of the final day, as the Individual lineups will go from 40 to 30 athletes, while the Teams will go from 38 to 20.

The 2022 NOBULL CrossFit Games have already lost Emily Rolfe due to her withdrawal. Her history shows that she has been getting progressively better throughout the past few years, so a top 10 finish was definitely on her radar this time. Despite the fact that the reason for Rolfe’s withdrawal is unknown, hopefully, it was not something serious.