The reigning Men's Physique Olympia talked about Jeremy Buendia's 2023 comeback and will defend his Arnold Classic title in March. 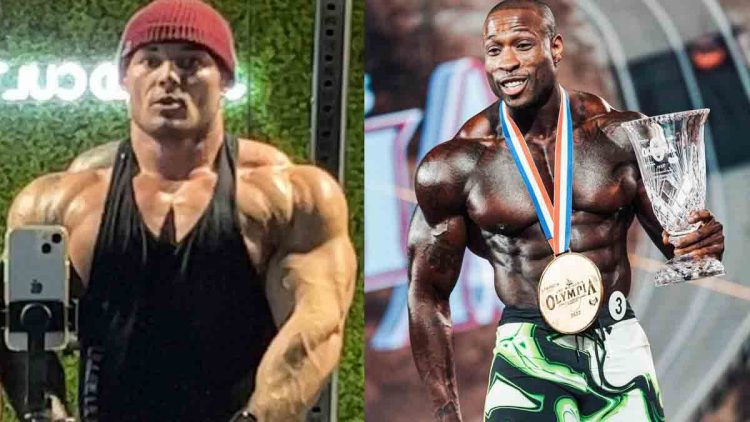 While Banks competed at a handful of shows in 2021, fans quickly noticed his potential after earning Men’s Physique gold at the New York Pro. The performance guaranteed his passage to the Olympia contest that same year, where he finished second, behind two-time champ Brandon Hendrickson.

In 2022, Banks won the Men’s Physique crown at the Arnold Classic. He brought that momentum to Las Vegas, Nevada, at the Mr. Olympia contest, which ended just a few weeks ago. The event which featured a record number of competitors (over 400), saw 11 champions emerge and one of them was Banks, who exacted revenge against the sitting champion Hendrickson.

Speaking with Dave Palumbo, Banks touched on four-time Men’s Physique Olympia Jeremy Buendia’s possible comeback in 2023. He weighed the probability of competing in Classic Physique and confirmed he will attempt to defend his title at the upcoming Arnold Classic.

Erin Banks: ‘I Ended Up With A Perfect Score Against The Best Brandon Hendrickson’ at 2022 Olympia

In Banks’ opinion, he beat the best version of Brandon Hendrickson at 2022 Olympia.

“I just felt like I won with the stage presence that I presented my package with on stage and then when we did comparisons, I knew for a fact that I had him [Brandon Hendrickson] beat when it came to the posing. And I know for a fact when we turned to the back, it’s just not a comparison. You know, I just felt it. I felt it. And I knew I would have this opportunity and this chance to be the Mr. and new, Men’s Physique Mr. Olympia.

You can’t take nothing away from what Brandon brought. Brandon brought one of the most craziest packages that I’ve ever seen him bring. Even backstage, I was looking at him like, ‘okay, we’re about to really put on a show so,’ it was just in God’s favor, those judge’s favor, they pulled out and I ended up with a perfect score [against] the best Brandon Hendrickson.”

Banks doesn’t believe the Men’s Physique category will ‘outgrow itself’ even though some competitors continue to push size.

“Absolutely not [Men’s Physique competitors won’t get as a big as Open athletes] and the judges did a very very very good job this year with placing people where they were supposed to be placed and actually letting athletes understand that this is the direction that we’re going.

These guys have to have a flow. A lot of these guys come in with big arms or an overpowering chest, there’s just so many different aspects of it. I think the judges did a really good job this year with claiming and knowing what the standard of this division is,” Erin Banks said.

Despite Buendia’s history of success on the Olympia stage, Banks doesn’t believe his physique is representative of where the Men’s Physique division is headed.

“Absolutely not [Jeremy Buendia can’t challenge me right now]. The thing is, I don’t think it’s comparable. You turn to the back; It’s definitely not comparable. The core to the upper chest, I think his arms are a little too big. So, I mean, I don’t think that’s the route the division is going in anymore. Shout out to him, he has four titles, but 2022 to 2023 – it’s a new era.
The list is out already for who’s competing in 2023 [Olympia] and his name is not on that list. When his name is on that list, we’ll start thinking about that name,” says Banks.

The last time Buendia and Banks shared an interview, things got heated. At the time, Buendia thought Erin lacked respect for Hendrickson, Diogo Montenegro, and Kyron Holden given what they’ve accomplished as IFBB pros.
When asked about the 2023 Arnold Classic, Banks confirmed he will try to defend his title.

“Yes I will be there [competing at the 2023 Arnold Classic],” Banks said. “One thing about me, I’m a competitor, I’ve been a three-sport athlete all my life and I love to compete. It doesn’t matter if I’m Mr. Olympia ten times, I’m still going to go after that Arnold.”

Does Erin Banks Have a Future in Classic Physique?
According to Banks, he has no intention of leaving the Men’s Physique category. He added that he wouldn’t want to pose in trunks instead of board shorts.

“Here’s the deal with that [doing Classic Physique], yes and no. Yes, because I know the flow of my physique. No, because I just personally wouldn’t get on stage because my morals and my kids — I wouldn’t want my kids to grow up while they’re in sixth grade, ‘hey your dad’s on stage in chonies.’
Not to knock any guy out there. It’s just me personally. In today’s world, I would never want my kids to come home and be like, ‘dad I’m getting bullied because you’re on stage in chonies,’ that’ll never happen.”

Having already won an Olympia title, many fans have high expectations of Banks moving forward, as he is the only Men’s Physique competitor to ever win an Arnold and Olympia title in the same calendar year. His rival, Buendia, has publicly stated that he’s ‘climbing back’ to defeat Banks at 2023 Olympia. Last year, Buendia revealed a key part of his plan involved bulking to 220 pounds.
RELATED: 4x Physique Champion Jeremy Buendia Gives Tips For Rear Delts
Like last year, Erin intends to start the season with a major victory. While he won’t entertain a move into Classic Physique anytime soon, at least fans can expect to see him at the 2023 Arnold Classic in less than two months.