Evan Singleton's doctor allowed him to come back after experiencing an allergic reaction on day one. 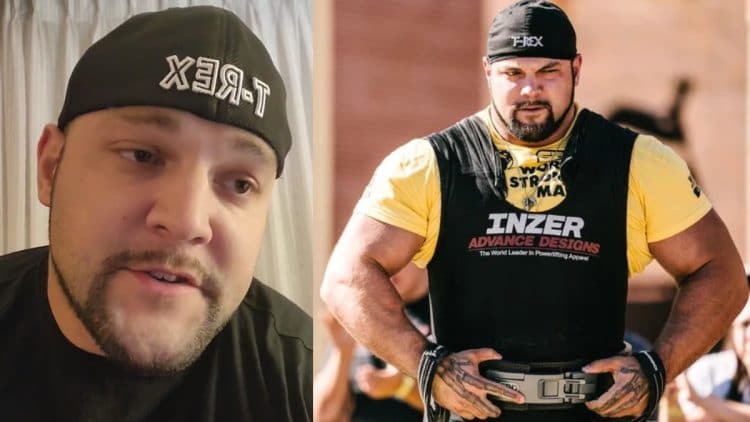 The 2022 World’s Strongest Man is taking place from May 24-29, in Sacramento, CA. The first-day qualifiers have only been completed, and to say the least, they were eventful. Apart from all the incredible performances from individual athletes, Evan Singleton’s withdrawal from the 2022 WSM seemed to be the most shocking. Evan was not feeling well after the first event, so the medical team took him to the hospital before event two started.

The initial reports were that Evan Singleton suffered an injury, which forced him to withdraw. However, Evan posted a full explanation today and revealed fantastic news. He is coming back for day two of the qualifiers, where he will attempt to catch up and finish in third place at least. Evan also did not withdraw due to an injury, but because of a severe allergic reaction that is an anaphylactic shock. He underwent multiple tests at the hospital and got permission to compete again.

“I went into anaphylactic shock before the first event started. So the entirety of the Loading Race I was not able to breathe. My throat was closing. Right now, I don’t know what caused the allergic reaction… I was granted the release to compete. So I am really looking forward to continuing on day 2.”

Evan Singleton also revealed that he was more concerned with being withdrawn than his own health. However, fellow Strongman competitors and organizers were there to help him and he expressed his gratitude for them.

Evan will be coming back into a rough position, as he missed the Deadlift Ladder and some valuable points. Here is how his group is looking before day two:

Evan Singleton still hopes to qualify for the finals, but he must finish at least third in his group to do so. He is currently five points behind Melsted and De Ruiter who share that spot. The events that are coming up are: Car Walk and Log Lift on day two, while the Wrecking Ball Hold and the Stone Off are set to take place on day three.

It will be extremely hard to catch up with Melsted and De Ruiter, especially after going through an anaphylactic shock less than 24 hours ago. However, if Evan does finish third, he will be the favorite for the Stone Off.

Although his situation is very unfortunate, Evan Singleton now has the chance to display one of the greatest comebacks in the history of Strongman. His momentum would carryover into the finals, so it would be realistic to see him claim a great placing in the end.

There is no live stream to watch the 2022 World’s Strongest Man. However, Terry Hollands hosts a daily recap which is presented by ‘The Beard Struggle’. You can also follow full results, recaps, and updates here at Fitness Volt.

Day two of the 2022 World’s Strongest Man is happening today and the events are set to take place according to the following schedule: