Terry Hollands confirmed that Evan Singleton has withdrawn from the 2022 WSM on the Backstage Live show. 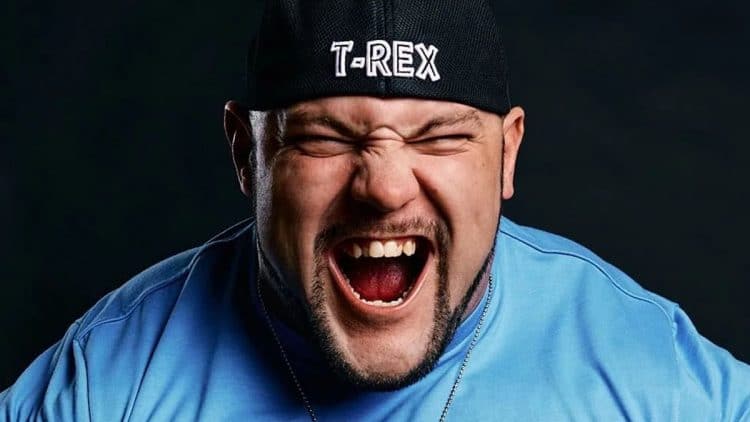 The 2022 World’s Strongest Man has started today May 24, in Sacramento, CA, and will last until May 29th. The first three days are qualifiers with 2 events scheduled for each of them. However, after the first event of the 2022 WSM, which was the Loading Race, we already have one athlete leaving the competition. It was Evan Singleton who withdrew from the 2022 World’s Strongest Man, as he could not continue performing.

Terry Hollands, who is the lead host of the official Backstage Live show, which is presented by The Beard Struggle, revealed the news about Evan Singleton’s withdrawal from the 2022 World’s Strongest Man. Evan faced some major difficulties in the first event, and despite being one of the favorites, he finished in fifth place in his group.

“Unfortunately, a little bit of bad news. Evan has had to withdraw from the competition due to an injury, which he picked up on that loading race.” said Hollands.

Evan Singleton is the first man to withdraw since the 2022 World’s Strongest Man began. The 2022 WSM still has a lot of event left, but hopefully we won’t see any more of injuries. However, a lot of elite Strongman competitors have had to withdraw even before the competition started. Rauno Heinla, Mateusz Kieliszkowski, and Pa O’Dwyer were all forced to do so because of injuries. While Peiman Maheripourehir could not get the visa to travel to Sacramento.

The first day of the 2022 World’s Strongest Man is not even finished yet, but it has already been very eventful. The breaking news so far is definitely Evan Singleton’s unfortunate happening, but some great things have also happened.

The heavy favorites for the 2022 World’s Strongest Man have all performed exceptionally well. However, one newcomer has managed to surprise everyone. Mitchell Hooper has had an incredible run in the Loading Race event and won the ‘group of death’. Hooper claimed the max points ahead of Brian Shaw, Gabriel Peña, Konstantine Janashia, Bobby Thompson, and Mark Felix.

In other news, Oleksii Novikov, Tom Stoltman, Martins Licis, and Luke Stoltman have all won their group’s first event, so the 2022 World’s Strongest Man looks to be a very tight-knit race.

Evan Singleton has been a part of the World’s Strongest Man roster in both 2020 and 2021, but he never managed to qualify for the finals. Everyone believed this was the year for him, and he had a chance of winning his group. Evans injury is very unfortunate, and The Fitness Volt team wishes him a speedy recovery.