Luke Stoltman responded to the alleged proof of corruption, which was posted by Mark Boyd. 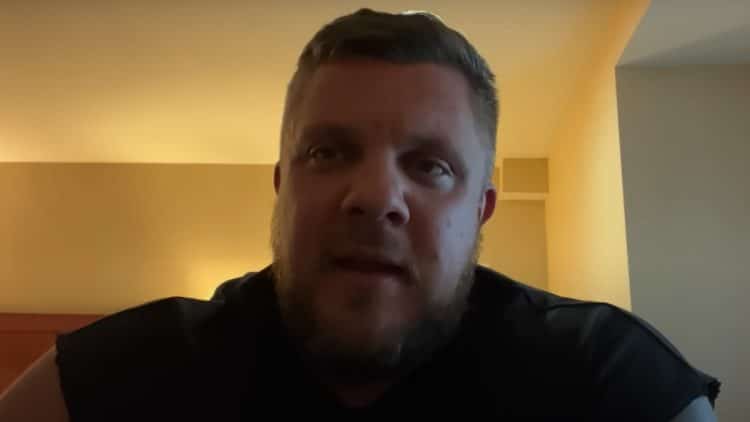 Luke Stoltman is currently in Sacramento, CA, where he is attempting to win the 2022 World’s Strongest Man. However, just one day before the competition started, Luke got unwillingly involved in a very controversial situation. This happened as one of his ‘friends’ leaked an audio call in which Luke stated some questionable stuff about WSM and Giants Live. A member of the World’s Ultimate Strongman (WUS) organization, Mark Boyd posted a snippet of his phone call with Luke Stoltman, in which the 2021 Europe’s Strongest Man expressed some questionable details.

This alleged incident revolves mostly around Giants Live and World’s Strongest Man. In the phone call, it sounded like the events and groups for certain athletes had been adjusted. So from Mark Boyd’s perspective, it appears that he is trying to discredit both the WSM as a competition and its winners. He posted the audio on his Instagram, but it is no longer there.

Luke Stoltman turned out to be the scapegoat here, as he was the one telling Mark all the details, so it all comes back to haunt him. Furthermore, Mark posted the audio just a few hours before 2022 WSM. So it undoubtedly affected Luke’s focus going into the first events.

Luke Stoltman responded and cleared out the situation on his YouTube channel with a video titled ‘THE TRUTH’.

Luke Stoltman firstly revealed that the conversation took place in April 2021. They were on a call because Mark Boyd tried to get Luke to compete in a WUS event. However, Luke already had a Giants Live show scheduled. Luke also expressed his disappointment with Mark Boyd, as he considered him his friend.

“It wasn’t just a minute conversation, it was about 30 minutes. And now Mark has clipped a certain peace, posted it online.”

Luke Stoltman revealed that he was under a contract with Giants Live, hinting that he was not allowed to go compete for other organizations. That is their way of protecting the brand, and Luke thinks that there is nothing to apologize for regarding that.

Luke moved on to the important subject and explained that he did not think about the situation at the time. He got a bit annoyed, which limited his thought process, and worded his thoughts poorly.

Luke Stoltman also addressed the part of the audio about Giants Live promoting the Stoltman brand, as they did with Eddie Hall. He says that it has nothing to do with rigging the contest, but has more to do with putting their performances under the spotlight.

“The things I said were recorded wrongly.”

This is a very unfortunate set of situations for Luke Stoltman, especially because of the timing of it. Luke’s focus for the 2022 WSM has undoubtedly been rudely interrupted, which could cost him a lot in the next few days. However, Luke is now trying to move on from this subject and “has a World’s Strongest Man to win”. His day one of the 2022 WSM couldn’t have been better, having won both events.