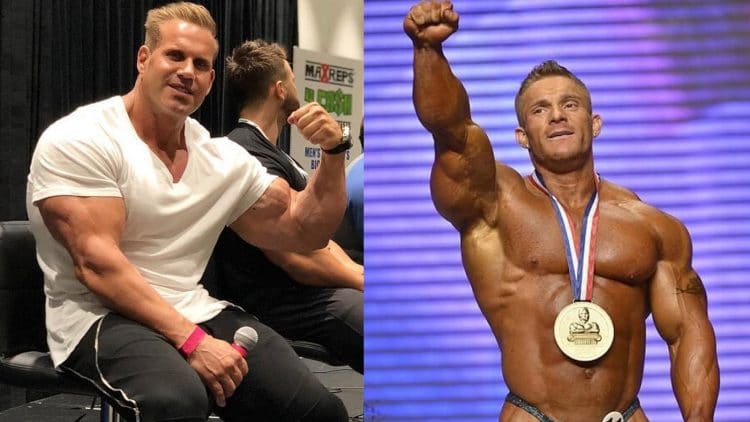 With seven 212 Olympia titles on his resume, Flex Lewis is an all-tine great in his own right. However he recently shared how he only got to this point after meeting another legend in four-time Mr. Olympia Jay Cutler.

Throughout his time in the sport, Lewis has established himself as one of the greatest to ever do it, especially in the 212 Division. While he is looking to move to the Open now, that comes only after he dominated the division for nearly a decade, winning every single contest he appeared in since 2012.

However this was not always the case for Flex, who recently spoke in an interview about what motivated him to be a champion. Namely it was an encounter he had when he was 20 years old, where a bodybuilding journalist unexpectedly took him to meet Jay Cutler, before Jay had even won an Olympia.

“Me being 20 years old, wide-eyed, bushy tailed, everything was bodybuilding at this point in time. I get to  see the end destination of what I was aiming for. It was incredibly motivating,” Lewis said.

“I walked into this guy’s house, I’d seen all his trophies… it was motivation to me. It’s like, this is what I can achieve if I really work hard through bodybuilding, and do what I need to do.”

Flex Lewis goes on to explain that Jay Cutler let him hold his Arnold Classic and Olympia trophies. This led to him having a boost in motivation when he went back to Wales.

Flex also explained that meeting Jay made him realize that having a business mentality when it comes to bodybuilding is important. He said it shaped his entire outlook on the sport, as he began climbing the ranks.

“That was a pivotal point for me. Jay is probably one of the most looked upon bodybuilders in terms of business. He has done a phenomenal job with the business aspect of bodybuilding, the branding, the DVDs that were made of him doing prep,” Lewis said.

“He literally seen things from a different eyeglass and made sure he capitalized during prep… Nobody taught him that, there was no guide book or anything. He pretty much taught himself. So I saw this guy and I was like ‘Man, I’ve got to emulate this.’

“I came into this sport, long before I had any contracts, and I had to have a business mentality to this whole thing,” Lewis continued. “If you want it, you’ve got to train for it. If you want to brand yourself, you’ve got to fin ways of doing it.

“Jay, again was a pioneer… He over the years has answered any of those questions, and guided me in so many great directions, and he is such a great ambassador for the sport, and somebody that I look up to and emulate.”

It is great to see one legend like Flex Lewis being influenced by another icon like Jay Cutler. It goes to show the types of impacts that people can have in this sport, which can be felt years later.